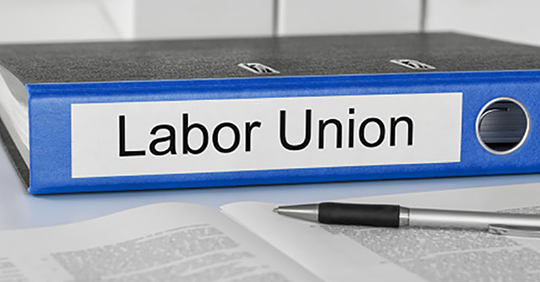 (WASHINGTON, D.C.) - The National Labor Relations Board (NLRB) has reversed regulations that were previously adopted by the Obama-era Board that allowed Unions to spring an organizing vote on an employer without adequate time for it to mount an effective defense.

Called “Ambush” and “Quickie” Election Rules, they were part of the earlier Pro-Union Board’s eight-year campaign to make it easier for Labor Unions to organize workplaces, a program of regulatory changes aimed at stemming the precipitous drop in Union Membership since the 1970s.

Last month, when the Republican-dominated board issued the new rules, the majority was careful to say that it was not rescinding the 2014 amendments in their entirety, notes Attorney C. Thomas Davis of the Law Firm of Ogletree Deakins.

“Nonetheless, these modifications will be of great value to employers in responding to Union Election Petitions, as well as to Employees who have to collect the information they need in order to decide the issue of Union Representation,” he said.

Other employer attorneys were equally enthusiastic about the changes.

Davis also offered a detailed analysis of the significance of the new regulations, which will go into effect in mid-April 2020:

Notice of Petition For Election: Previously, after a petition was filed, employers had to post and distribute a notice of petition for election within two business days of service of the notice of hearing.  The new rules change that to five business days.

Statement of Position: One of the Ambush Rule’s more intrusive requirements was the employers’ obligation to develop and file a Statement of Position identifying and supporting issues in dispute, Davis says.  The statement has to be filed by noon the day before the hearing is scheduled to begin (typically only seven calendar days after the notice of hearing was served).  The employer now will have eight business days after service of the hearing notice to prepare, file and serve the Statement of Position.  In addition, NLRB Regional Directors now are permitted to extend that time for good cause.  Unions will be able to file their own Statement of Position responding to the issues raised by the employer, but it is due no later than at noon three business days before the hearing (which will be three business days after it receives the employer position statement).  The current rules have no such formal written response requirement for the union, which was only obligated to make an oral response at the start of the pre-election hearing.

To Continue Reading This Labor News Story, Go To: www.mhlnews.com/labor-management/article/21119273/nlrb-guts-obamaera-ambush-election-rules?fbclid=IwAR2lrLtxF2jvXZgNzde9JQqLfoVM3iPa4lLShr61aP8f_MoUyc6mh9-_P2g