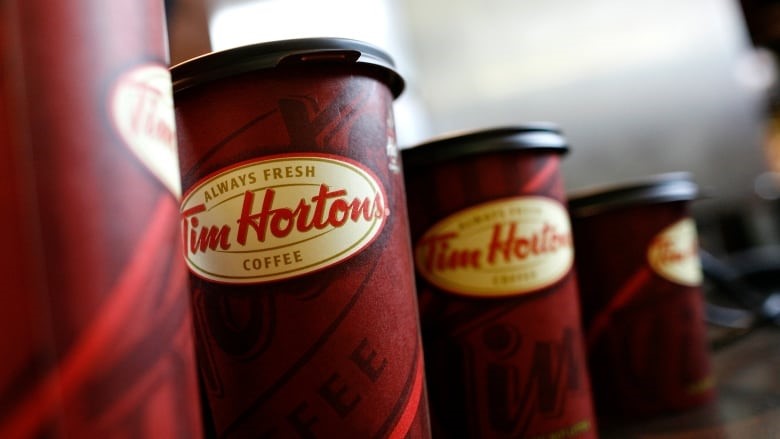 (WINNIPEG, CANADA) - Several Staff Members from a Unionized Tim Hortons location recently picketed at the corner of Winnipeg's Portage Avenue and Main Street, with their Union saying they were locked out following failed negotiations.

“We have to fight," said Karandeep Singh, a baker at the Lombard Avenue Tim Hortons.  "I'm just waiting for them to increase the money in our wages and I'm not sure what I'm going to do."

Andy Spence, Western Representative for Workers United, told the CBC the workers deserve more: "They definitely want to make sure that we are fighting for their rights.  We are doing everything we can to get the support back at the table and asking for the proper wage increase and a very fair wage increase."

Fifteen Staff at the location voted to Unionize with Workers United in July 2017, becoming the second group of Staff from a Winnipeg Tim Hortons franchise to Unionize since 2015.

Staff at the Unionized Tim Hortons location make $11.75 per hour.

That's now 10 cents above Minimum Wage in Manitoba, following a 30-cent-per-hour increase last Fall to bring the minimum to $11.65.

"Our wage is already near to Minimum Wage," said Singh. "In today's world, it's going to be not possible for us to survive."

The Lombard location Workers were seeking a wage increase of 30 cents an hour, but Spence said the franchise owner offered a raise of 20 cents an hour.

The Workers recently voted 95% in favor of striking, said Spence, and the Union and Staff were notified two weeks ago of a lockout that would begin on January 3rd.

The last Collective Bargaining Agreement with the franchise owner in 2017 included a wage increase of 30 cents per hour, Spence said.

"We feel that that can be achieved again during this process and we had let them (the franchise owner) know that," Spence said. "Instead of coming to the table, they've locked out Employees."

To Continue Reading This Labor News Story, Go To: www.cbc.ca/news/canada/manitoba/tim-hortons-workers-locked-out-winnipeg-1.5413930