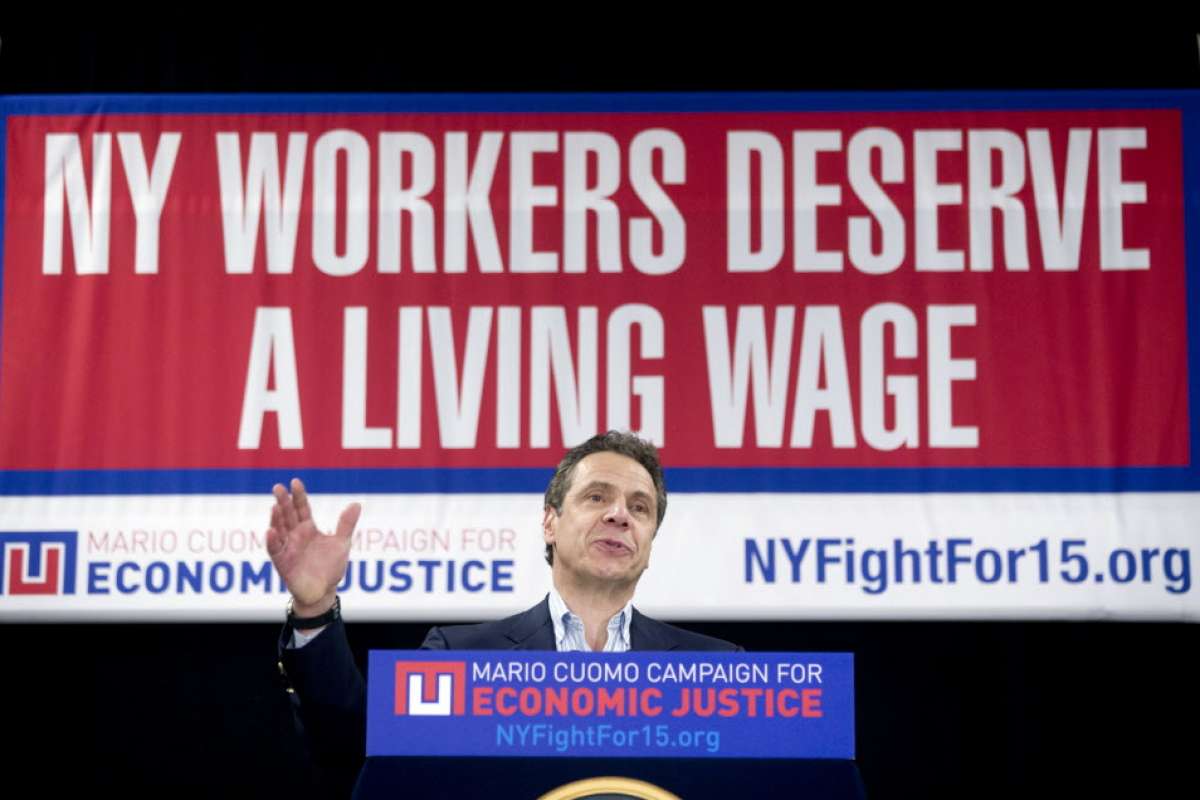 (ALBANY, NEW YORK) - The New York State Department of Labor will issue an order bringing some Tipped Employees, such as Hairdressers and Car Wash Workers, up to the standard Minimum Wage, Governor Andrew Cuomo has announced.

The change will impact more than 70,000 people across multiple fields, including Valet Parking Attendants, Nail Salon Workers and Tour Guides, but will not affect traditionally tipped Employees such as Restaurant Servers.

The New Year's Eve announcement came on the heels of a Department of Labor report indicating that confusion over who is entitled to earn Minimum Wage in "miscellaneous" industries has led to Wage Theft.

"In New York, we believe in a fair day's pay for a fair day's work," Cuomo said in a release. "But after an exhaustive investigation conducted by the Department of Labor, it is clear the tip system in many situations is needlessly complicated, allowing unscrupulous businesses to flout our nation-leading minimum wage laws and robbing workers of the paycheck they earned.  That ends now."

The state allows some businesses to pay Workers less than Minimum Wage - the actual amount varies by industry - if they earn enough in tips to make up the difference.

But state investigations have found that constant fluctuations in tips in miscellaneous businesses have made it difficult to track income properly, leading to confusion for both employers and Employees, according to the governor's office.

New York will phase out the tip credit over the next year to give businesses enough time to adjust their finances without unnecessarily laying off Workers, the governor's office said.

On June 30th, the difference between the Minimum and Tip Wages will be halved and the Tip Wage will be completely eradicated by the end of 2020.

The change was announced on the same day that New York continued to raise the Minimum Wage statewide, boosting all New York City businesses to a $15 baseline.

New Yorkers in Long Island and Westchester are now paid $13 an hour, while Workers everywhere else in the state were bumped to $11.80 on Tuesday.

To Directly Access This Labor News Story, Go To: www.timesunion.com/news/article/NY-to-phase-out-tipped-wages-in-miscellaneous-14942029.php?fbclid=IwAR3lesATK_0KWCmDLpYBuns16OV-5w6qq-vVB0coFrxrUrJflSV-i5-jLSo