Workers Employed At McNally Jackson Bookstores And Goods For The Study Stationery Stores Vote To Go Union With The Retail, Wholesale And Department Store Union 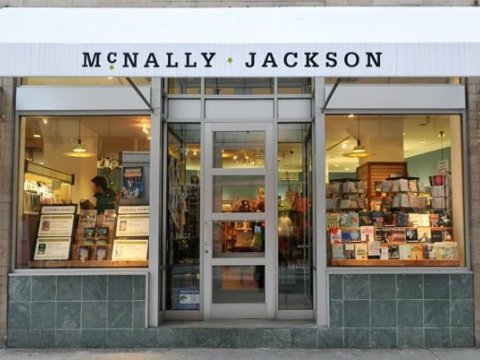 “We’re proud to welcome the Workers of McNally Jackson into our Union,” RWDSU President Stuart Appelbaum said.  “They showed that the best way for Working People to protect themselves and their families is to join together in a Union.”

Now Workers will head to the bargaining table to secure fair treatment in the workplace and fair compensation in their first Union Contract.

“I’m proud to say I’m now part of the RWDSU,” said Kathryn Harper, a McNally Jackson Williamsburg Bookstore Worker.  “Workers across all five stores face issues of harassment at work, favoritism and lack of dignity and respect.  By coming together, we are stronger, and I am confident we can shape our workplace into a place we all want to come to work each day.  It’s about time McNally Jackson Workers had a real seat at the table with the company and we’re ready to get to work on our first contract.”

The vote to Unionize by Workers at McNally Jackson was conducted on December 12th (2019).

The Workers in the Bargaining Unit handle sales, events, stocking and information services in the stores.

To Continue Reading This Labor News Story, Go To: www.rwdsu.info/workers_at_mcnally_jackson_bookstores_and_goods_for_the_study_stationary_stores_vote_to_rwdsu