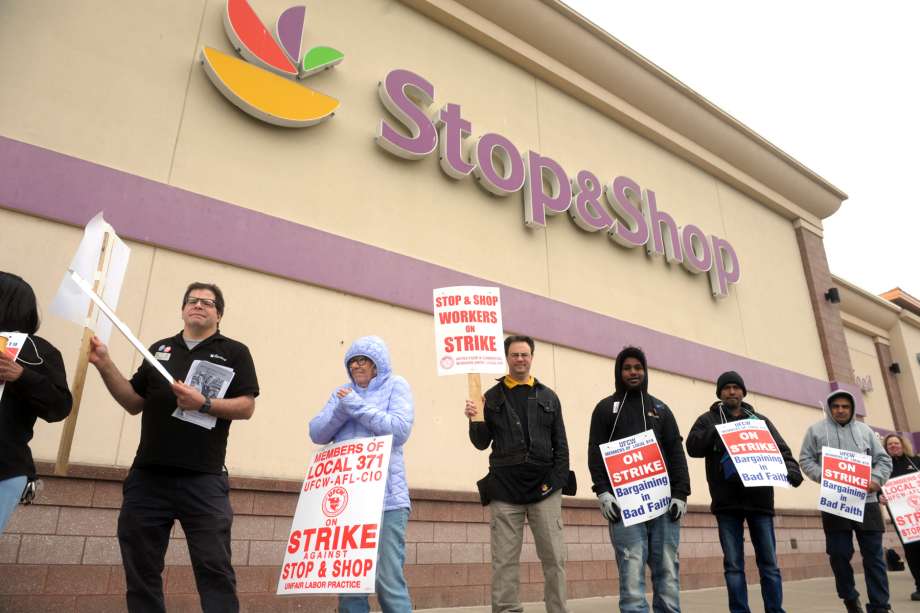 The 2019 Stop & Shop Strike began on April 11th when 31,000 Workers, represented by United Food & Commercial Workers (UFCW) walked off the job and began picketing Stop & Shop locations across New England, in the states of Massachusetts, Rhode Island and Connecticut.

The Strike was in response to the company not agreeing after extensive negotiations to a contract which did not reduce Employee Pay and Benefits - and it ended just 11 later on April 21st.

First, I’d like to bring up the question of Working-Class Independence - that means independence from the Democrats and Republicans, the two parties that pass laws and in general govern in the interests of the capitalists, our bosses.

In the U.S. the bosses have two parties and Workers don’t even have one!

Workers need a party of their own.

We need a political instrument to advance the class struggle.

Workers need a Labor Party rooted in democracy and in the rising Union Militancy - the type of rising militancy we can see unfolding now, across the U.S., from Teachers to Hotel Workers, to Nurses, to Stop and Shop.

Workers need a Labor Party because the ruling elite, the capitalists, are a sadistic class of abusers.

They are manipulative and they have a lot of tricks and many Workers internalize and accept the bosses’ narrative and their tricks as the facts of life.

In Connecticut, one might make the argument that the Democrats have Workers’ best interest in mind.

Someone might say: “Look - the Connecticut House and Senate passed a bill and the governor has promised to sign it, and it will make the minimum wage $15 an hour by 2023!”

Yes, $15 per hour is an increase for Workers that the Labor Movement lobbied Democrats hard for - but it’s not enough.

The reality is that if we were keeping Minimum Wage increases consistent with the cost of living, a real Minimum Wage would be around $30 per hour.

In Stamford, one of the most expensive areas in the country, that is not enough to live on.

It’s not enough to live in Hartford or really anywhere, unless you have roommates, or live with an extended family who is working two or three jobs.

With a $15-an-hour Minimum Wage, you will still be living in poverty.

A Labor Party would put this initiative front and center and mobilize millions of workers in the streets to demand a National Minimum Wage of $30 per hour or more.

While we were at it, we’d call for six-hour workdays, with no reduction in pay.

Let’s get two hours of our day back to spend with our family and friends or pursue our own interests.

To Continue Reading This Labor News Story, Go To: https://socialistresurgence.org/2019/12/12/why-we-need-a-labor-party/?fbclid=IwAR2OANUeG3tl3fotUq96whu_zgtx0eq97ZzMTkD1F7DB7V4EV48FNBvgUSg

A Labor Party may well be a timely venture. Something resembling Class Awareness seems to have awakened in many, especially the young. Yet, I think "Labor" Party won't fly, so another label is advisable: "People's," "Progressive," "Working People's" [taken], etc. Posted by on January 2, 2020 at 12:44 pm