Tech Job Access For All - New Yorkers Of All Backgrounds, From Across The Income Spectrum, Deserve A Shot At Upward Mobility 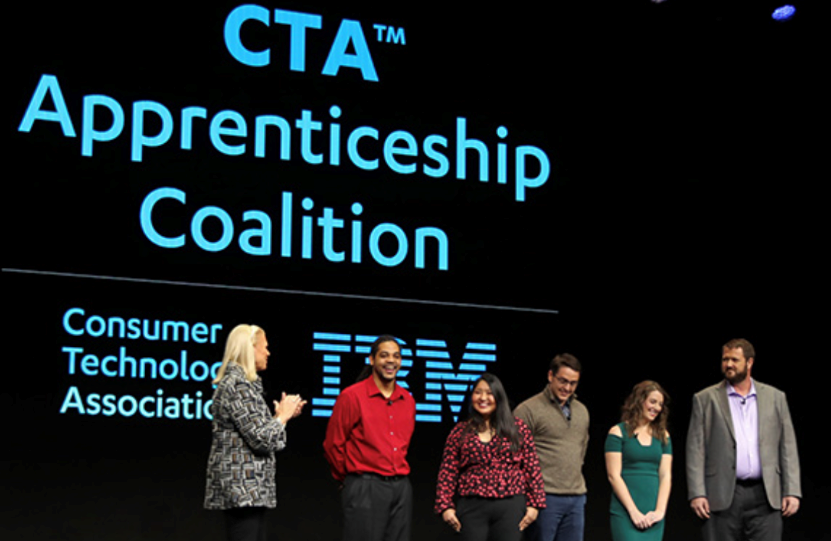 New York City’s thriving Tech Sector has become a crucial source of Middle Class jobs, but too few of those jobs are accessible to New Yorkers without a college degree and work experience, which means thousands are being left out of the boom.

To help more residents access these powerful opportunities, New York will have to build much stronger pathways into tech employment and Tech Apprenticeship should be part of the solution.

Many still believe Apprenticeships are only meant for the Building Trades, but a large number of middle-skill positions in tech could be ideal for Apprenticeships, which are a proven model for helping people without college degrees or previous work experience to succeed in challenging careers.

From digital advertising and e-commerce to financial services and health care, employers see growing demand for a stronger local pipeline of tech talent.

Apprenticeship can help meet those needs while vastly expanding access to tech careers for New Yorkers from low-income communities.

But despite the enormous promise of the model for launching tech careers, despite the presence of dozens of educational institutions and corporations that would be ideally suited to create such programs, new research from the Center for an Urban Future finds that New York City is home to fewer than 15 Tech Apprenticeship Programs today, reaching no more than a few dozen people each year.

This is a surprisingly, unacceptably small figure for a city with more than 9,000 tech start-ups and 300,000 tech jobs.

The good news is that a handful of companies in New York both large and small are demonstrating the potential of Tech Apprenticeship.

The Trans-Atlantic Bank Barclays has trained and hired more than 50 Apprentices in New York for tech jobs, partnering with the non-profit skills-building organization Per Scholas to provide Pre-Apprenticeship Tech Training.

Other new programs have taken root at companies like Spotify, Foursquare, IBM, 2U and Stack Overflow.

These are promising developments, but New York can make a lot more progress.

In fact, other regions have shown that it is possible to take bigger leaps into Tech Apprenticeships.

For instance, Seattle’s Apprentice Program, launched in 2016, has served more than 700 Tech Apprentices so far at companies including Microsoft and Amazon.

With graduates earning a median salary of $84,000 in a wide variety of tech occupations, Apprenti has expanded beyond Seattle and into Boston, San Francisco, Chicago, Nashville and several other cities.

New York, which boasts the Nation’s second-largest tech sector, has the potential to reach even greater scale.

Indeed, the city should set a bold goal of creating 1,000 new Tech Apprenticeship positions by 2025 - and make the expansion of Apprenticeships a key part of its strategy to develop New York into the Nation’s most inclusive tech hub.

To Continue Reading This Labor News Story, Go To: www.nydailynews.com/opinion/ny-oped-tech-job-access-for-all-20191230-wpjhk5t4xvfjvacjxgnoecyxwm-story.html