This Is What Being In A Union Can Do For You: The Los Angeles Times Reaches Historic Agreement With Its Newsroom Union - Three-Year Deal With Anti-Union Management Includes Immediate Wage Increases & Slew Of Benefits 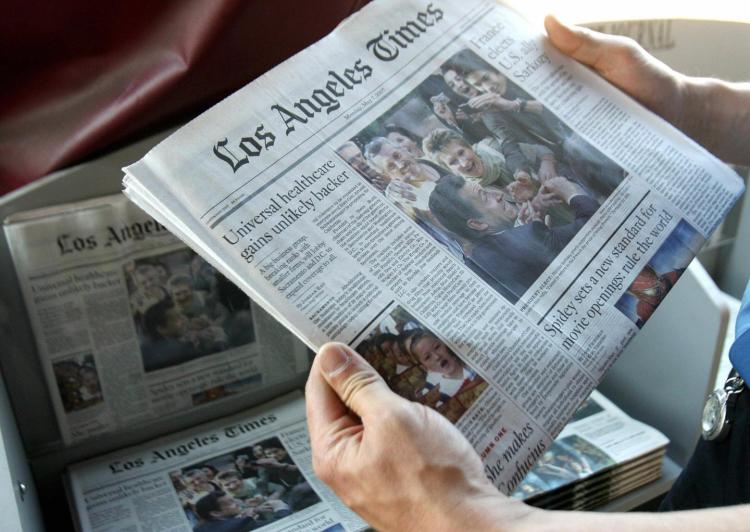 (LOS ANGELES, CALIFORNIA) - The Los Angeles Times has reached a Labor Agreement with the Union that represents about 475 members of its newsroom, a milestone for a newspaper that for generations was known as a bastion of Anti-Unionism.

The two sides had been working on the newsroom’s first Collective Bargaining Agreement for more than a year.

The three-year agreement would provide immediate pay raises of at least 5% for many Newsroom Employees after years of stagnant wages, and some will see a more significant boost.

The LA Times also agreed to a 2.5% raise in the second and third years.

In addition, managers of The Times committed to interview people from under-represented groups to fill job openings as a way to increase newsroom diversity.

To Directly Access This Labor News Story, Go To: www.latimes.com/california/story/2019-10-16/los-angeles-times-first-guild-contract?fbclid=IwAR1Mq0ou_UASYopcTun5mFNtDbazVtYhl6Y4J8IN1lmC5c5Gi9RfPUSTE6A