This Is What Going Union Can Do For You: Anchor Brewery Workers Overwhelmingly Approve First Union Contract, Three-Year Deal Calls For Average 8% Wage Hike Over Length Of Agreement, As Well As Expanded Benefits & Paid Time Off 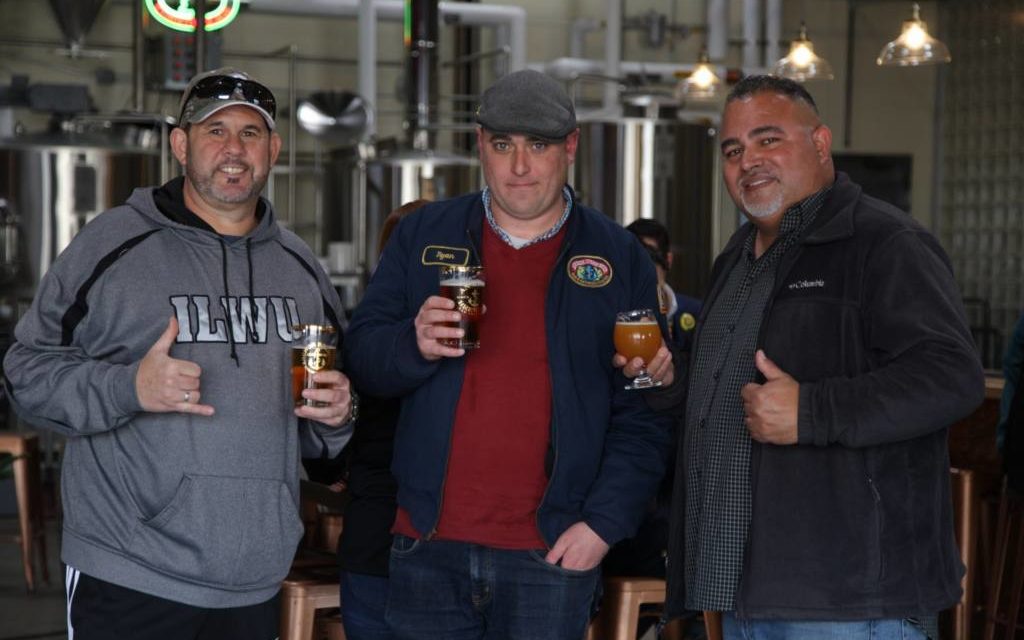 (SAN FRANCISCO, CALIFORNIA) - By a gaudy 49-to-3 vote, Workers at Anchor Brewery have ratified their first Union Contract, a happy occasion they hope results in much drinking of Anchor beer, both on and off the De Haro and Mariposa facility.

The workforce here in March voted to organize with the International Longshore and Warehouse Union (ILWU), in May began hammering out a contract with management, and on December 10th shook hands and put it up for a vote before the Workers.

In the contract negotiating game, this is a quick turnaround.

Management “could’ve done a lot to ‘stall’ this process ‘and we’re thankful they didn’t want to do this,’” noted Fermentation Worker Garrett Kelly, who was on the Bargaining Team.

Said Brewer and Fellow Bargainer Jon Ezell: “This was the ‘difference between working with a company that wanted to get us a contract versus a company that does not.’  Anchor ‘showed they wanted a contract.’”

The three-year contract offers enhanced wages and benefits and returns to Workers some of the plums that had been taken away after Fritz Maytag sold the company in 2010 (Anchor was subsequently sold to Sapporo in 2017).

“We look forward to a strong future together with the newly formed Union,” Anchor Brewmaster Scott Ungermann said in a statement jointly released with the ILWU.

“Anchor has a storied history and enduring commitment to making great beers and valuing the people who brew them,” Ungermann said.

Wages, during the course of the 2020-2023 contract, will go up by an average of 8% and hitting beer production benchmarks will trigger heftier payments to Employees’ 401(k) Plans.

Benefits and paid time off have also been expanded for Part-Time Workers.

Anchor will pick up 85% of the Health Care Premium for its Employees and 50% for their dependents.

Just-Cause Provisions are now in place regarding Worker terminations.

And the longtime former privilege of paid, half-hour lunches will be restored.  Over the course of a year, those compensated lunches means 125 more paid hours of work for a full-time Employee.

For Ezell, who commutes from the East Bay and has three young children, this means he can clock out half an hour earlier each day: “For me, ‘it’s like three-and-a-half more weeks I can spend with my family.’”

The contract offers solace for Workers like Ezell and others who have been forced to parse career aspirations and cold, hard Bay Area economic reality.

And the price one has to pay to live in San Francisco - well, those you know.

To Continue This Labor News Report, Go To: https://missionlocal.org/2019/12/breaking-anchor-brewery-workers-overwhelmingly-approve-first-union-contract/?fbclid=IwAR2kcgRsqpVGR7HMbXbjSco0jV0uwDmhqv7xYP1rm052wH23owdCjv5_vJo