By Deporting The Whistleblower & Witness To The New Orleans Hotel Collapse, The Trump Administration Runs Roughshod Over Common Sense 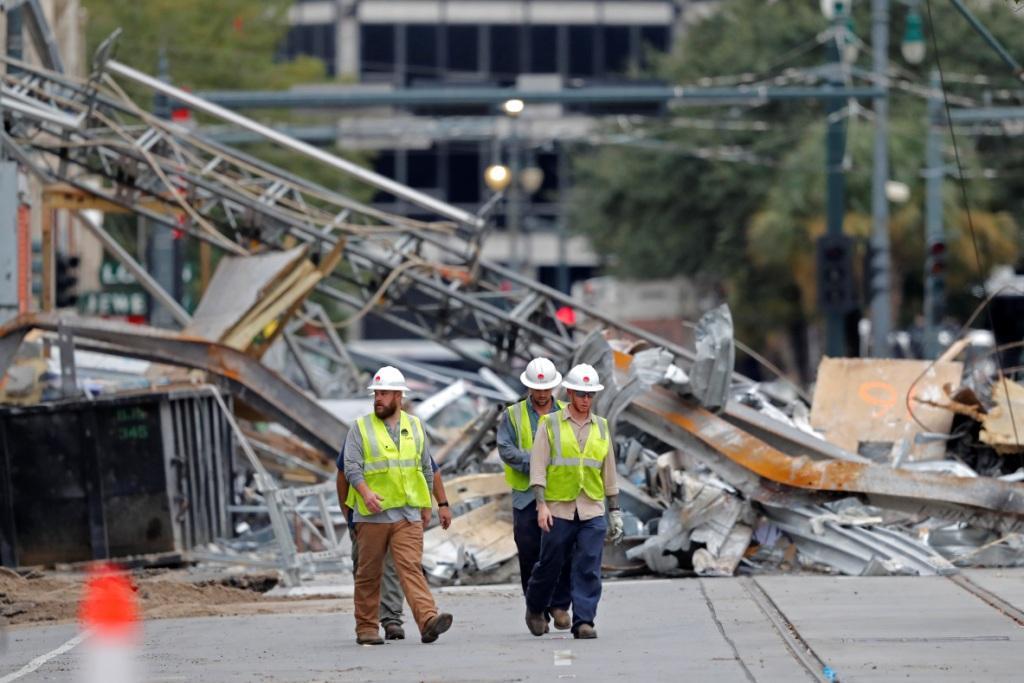 What happens when loathing for Immigrants reflexively trumps all other concerns?

We learned one answer to this question when a crucial witness to the Hard Rock Hotel collapse in New Orleans was deported to his native Honduras.

The witness, Delmer Joel Ramirez Palma, had reported job site dangers to his supervisors before the collapse, which killed three people and injured dozens.

Afterward, he spoke to media and to the Whistleblower Division of the U.S. Occupational Safety and Health Administration (OSHA), which is investigating the incident along with the New Orleans Police Department.

But two days after the collapse, in what was at best a bizarre coincidence, he was arrested by Federal Authorities for fishing without a license and turned over to ICE.

Because of his importance as a witness, the head of the State’s Labor Agency requested a stay in his deportation, according to CNN.

The Trump Administration had the ability to grant a temporary law enforcement parole or deferred action, but chose not to.

ICE also showed little regard for the principles underlying an agreement with the U.S. Department of Labor (of which OSHA is a part) not to let Immigration enforcement obstruct investigations of workplace infractions.

Will the investigation of the collapse reveal legal violations, potentially leading to civil lawsuits or criminal charges?

Will the investigation explain why the collapse happened and how to prevent future tragedies?

Is a person who was there before and during, who raised concerns before the incident and saw everything that happened, a critical witness?

And remember, unsafe construction conditions endanger pedestrians and the general public, in addition to Workers.

Ramirez Palma’s deportation will prevent this event from being fully understood and will discourage future whistleblowers of all kinds from coming forward.

That’s why the National Council for Occupational Safety and Health (NCOSH) sent U.S. Labor Secretary Eugene Scalia a petition signed by more than 500 individuals and organizations, calling on him to make every effort to bring Ramirez Palma back to the United States to help with the investigation.

The Trump Administration’s foolish, outrageous decision to deport this witness demonstrates an Ahab-like focus on enforcing one law - the Immigration and Nationality Act - even when it plainly and seriously undermines enforcement of so many others.

The decision to deport Ramirez Palma is also peak hypocrisy.

The Trump Administration purports to care about law enforcement, but when a local Law Enforcement Official asks for help from the administration - help they can readily give - the Trump Team turns its back.

To Continue Reading This Labor Perspective, Go To: https://prospect.org/justice/when-anti-immigrant-mania-endangers-public-safety/?fbclid=IwAR0Hz3-2YVS6GKnlvyF3kfzJneDCiLNCVn6IRHZIncHAaF4-dDGOcKlYe5k#.XffFjunNmG8.facebook