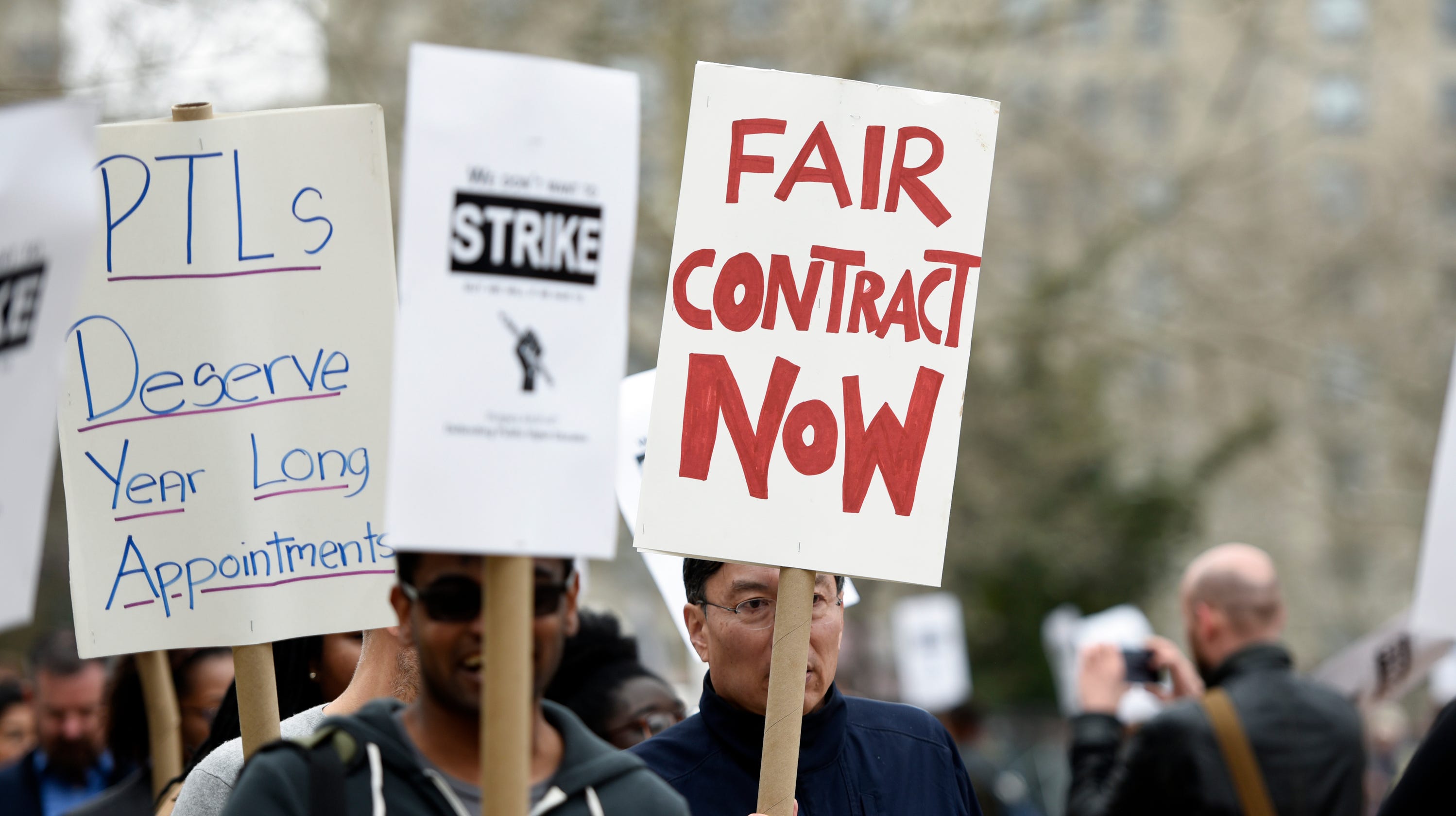 (NEW BRUNSWICK, NEW JERSEY) - Teachers at Rutgers University are frustrated that they’ve been working to get new contracts for over a year while the school’s football coach got a deal within days.

Greg Schiano, who returned to coach the team he led from 2001 to 2011, received a contract worth $32 million, along with several perks - including a private jet for recruiting.  And, his deal lasts eight years, which is four more years than the average Teacher Contract.

Diomedes Tsitouras represents the 1,400 Faculty Members teaching the next wave of Doctors and Nurses at Rutgers’ Campuses in Busch, New Brunswick and Newark.  He says Schiano’s deal is unfair to the rest of the Staff: "Prioritizing ‘one person over (1,400) is very frustrating for our Members.’  The ‘same across the board wage increases that other Unions have gotten - they refused to extend the same offer to us.’"

Rutgers’ Teachers have been waiting 18 months to get a new contract while looking for a four-year deal with a 3% pay increase.

Tsitouras says he thinks it’s not getting done because Rutgers, specifically Chancellor Brian Strong, is "Anti-Union."  "The Chancellor ‘does not think Doctors should be in a Union and at every turn he frustrates the collective bargaining process,’” he says.

In a statement, the school said: "Mandatorily negotiable terms and conditions of employment will be discussed at the negotiating table with the appropriate Bargaining Team Representatives from the administration and the Union."

Negotiations are expected to resume shortly between the Union and Rutgers.

To Directly Access This Labor News Story, Go To: http://newjersey.news12.com/story/41427662/rutgers-teachers-wait-over-1-year-for-contract-while-football-coach-strikes-dollar32-million-deal?fbclid=IwAR0Gl9AcVDEMfsjoRVDw_057cgr13EfbvO9VpHkTdTBBqeleZ8H4NR5fb70