Did You See Whats Going On In France? As American Workers Worry About The Future Of Their Pensions, French Workers Vow To Continue Their Nationwide Strikes To Keep Their Pensions From Undergoing Government Changes 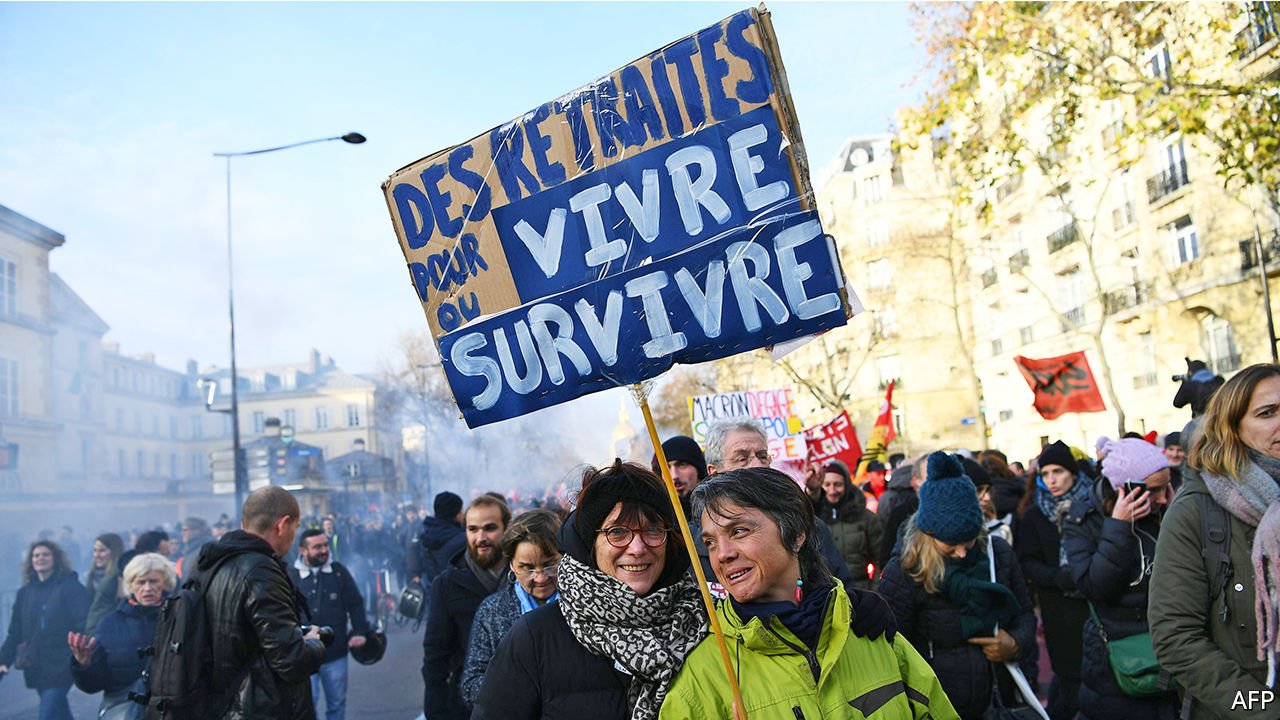 (PARIS, FRANCE) - French Unions have vowed to continue a nationwide Strike that has brought transport to a virtual standstill as they dismissed the Prime Minister’s proposals on changing the pensions system.

After a week of strikes and demonstrations by hundreds of thousands of people, Prime Minister Edouard Philippe gave a televised speech outlining the government’s planned pension overhaul.  He vowed that the controversial changes would be implemented in phases, “without brutality”, and conceded that they would not affect workers born before 1975.

Phillippe, who called the plan “fair” and said it justified putting a stop to the strikes, said the French Government would introduce a first-ever minimum pension, available to those who have worked their entire lives, set at €1,000 (£841) per month (or $1,112 a month is U.S. dollars) – higher than the United Kingdom’s equivalent.

Crucially, Philippe said the legal retirement age would remain at 62, although an additional two years of work would be required from 2027 for people to leave with a full pension.

This means people born after 1974 will have to work until the age of 64 to get a full pension.

But this was seen by Labor Unions as effectively raising the standard retirement age and proved highly contentious for even the most moderate Unions, who have been open to negotiating with the Government.

“A red line has been crossed,” said Laurent Berger, Secretary General of the moderate CFDT Union.

Members were meeting to decide what steps to take on industrial action.

The leader of the prominent Left-Wing CGT Union rejected the plans, saying the Government was making fun of the country.

Rail Workers in several Unions called for the Strike to be intensified.

Rail standstills will continue with many lines closed and some planes grounded.

Many schools will be shut and some Police Unions have joined the action.

Commuters have struggled to get to work amid crushes to get on the few trains in the Greater Paris Area and there have been huge traffic tailbacks in and around cities.

Pensions are a key issue in France because they are a central part of the French Social Model and state protections.

Almost all Workers contribute to a form of state pension, with far fewer private pensions than in neighboring countries.

Some demonstrators are concerned that the new rules in France could boost private pension funds to make others rich.

To Continue Reading This Labor News Story, Go To: www.theguardian.com/world/2019/dec/11/france-french-pm-reveals-details-of-fairer-pension-reforms