Union-Busting Is Disgusting - Did You Know That U.S. Employers Spend $340 Million A Year On Union-Busting Firms? 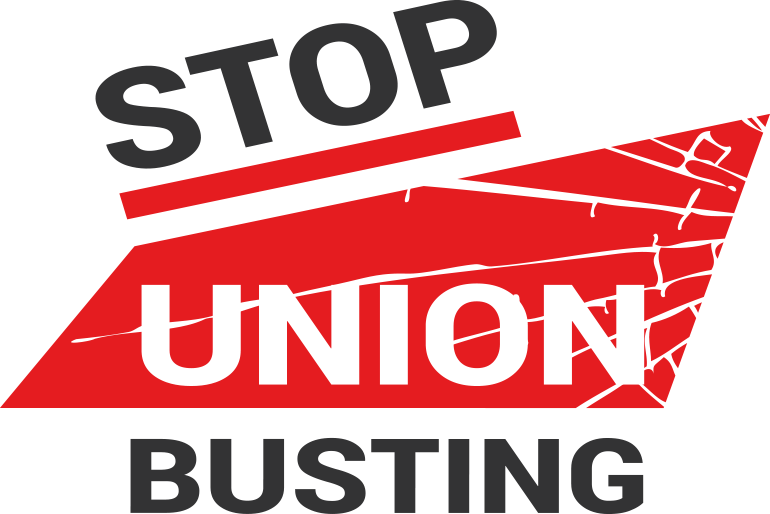 2019 has been a historic year for the Labor Movement in Tech: Google Contractors in Pittsburgh Unionized; Kickstarter launched a campaign to form what could become the first Union at a major Tech Company; and Amazon Warehouse Workers, Uber Drivers and Instacart Grocery Delivery Workers all went out on Strike.

Tech companies haven’t stood idly by - even those that have long touted progressive values.

Google, for one, hired an Anti-Union Consulting Firm IRI Consultants in the Spring, and fired four Workers last month who were organizing for changes at the company.

Kickstarter fired two Employees who were leading a Union Campaign at the crowd-sourcing company in September.

A new report on employer opposition to Union Campaigns released by the Economic Policy Institute (EPI) found employers spend hundreds of millions of dollars a year against Union Organizing efforts, and were charged with breaking Federal Labor Laws in 41.5% of Union Campaigns in 2016 and 2017.

While the authors of the report, who gained access to Unfair Labor Practice (ULP) Complaints through FOIA requests, could not comment on specific cases, they say the newly-organized Tech Industry is no exception.

“Tech companies ‘have traditionally set themselves aside as a cutting-edge’ employers, ‘but what you’re seeing increasingly is that they behave the same way as Walmarts and Targets,’” Celine McNicholas, one of the report’s Authors who reviewed thousands of complaints filed with the National Labor Relations Board (NLRB), told Motherboard.

“When ‘faced with demands of improved working conditions and respecting workers’ voices, they turn to’ Union Avoidance Consultants.  ‘They’d rather spend the money there than on addressing the demands of their workforce,’” McNicholas said.

Under the most conservative estimates, the authors find that employers are charged with unlawfully firing Workers in nearly 20% of Union Campaigns.

Nearly one third of the Union Campaigns filed with the NLRB in 2016 and 2017 involved reports of illegal coercion, threats or retaliation against Workers for supporting a Union, the study found.

According to new data, U.S. employers spend nearly $340 million each year on advisors that conduct “Union Vulnerability Tests” and provide companies with important recommendations for crushing Union Drives at their companies.

IRI Consultants, the firm Google hired this year, advertises on its website that it “implement(s) successful educational campaigns designed to inform Employees about the true impact and cost of Unionization in the workplace.”

“Typically these firms come in, they run a Union Vulnerability Test, and try to run an Anti-Union Campaign, telling Workers ‘why a Union won’t fit into a particular workplace,’” McNicholas said.

To Continue Reading This Labor News Story, Go To: www.vice.com/en_us/article/akwwvb/us-employers-spend-dollar340-million-a-year-busting-unions?fbclid=IwAR11qO7tz22GbytaYHQF-WhXzXpIPWZntGnIwUzQ2K2zujEJCSJPOBhZyJ4