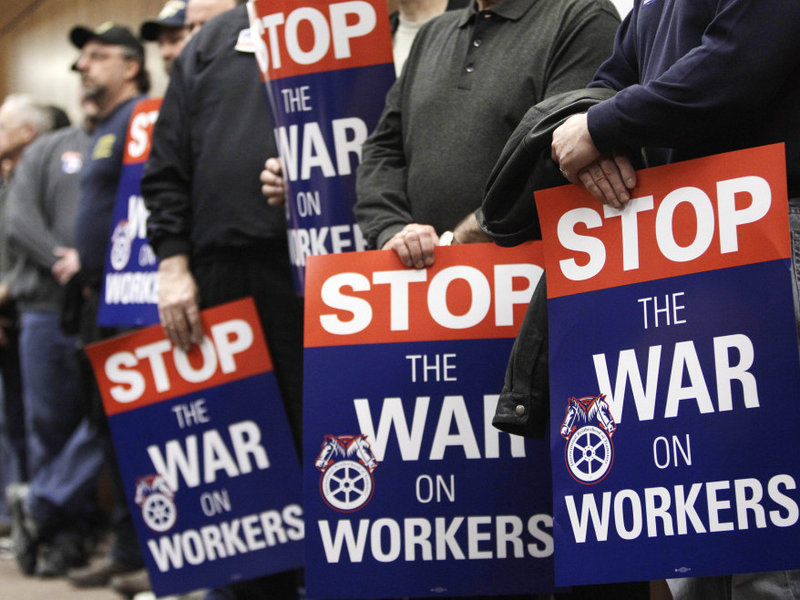 Under cover of a “rescue” for a few endangered Multi-Employer Pensions - primarily troubled Mineworkers and Teamsters Plans - Senate Republicans are preparing to raise taxes on all Retiree Pension Benefits by nearly 10% - and raise expenses on healthy plans by 500%.

IBEW International President Lonnie R. Stephenson is calling on every IBEW Member to immediately contact their Senators, whatever their party, and demand they kill the plan before it’s even filed as legislation.

"Don’t even negotiate,” Stephenson said. “You already pay income taxes on your retirement benefits.  Now they want you to pay even more.  This is a disaster for Working Americans.”

The changes would also reclassify the IBEW’s Green-Rated National Electric Benefit Fund plan into red, endangered status and spell bankruptcy for many, if not all, local Union-run Pensions.

Worse, by raising costs on healthy plans, the “rescue” would leave the pension system worse off than before legislators interfered.

“An approach like the one Senators Chuck Grassley and Lamar Alexander are proposing is completely unacceptable,” Stephenson said. “Rather than fix the problem with sensible solutions, they want to burn the whole house down and take Unions with it.”

Two years ago, Congressional Republicans introduced a Bill they said would “save” the threatened pensions plans, but it did nothing of the kind, and Unions killed it.

A year ago, after promising a new start, Republicans introduced another Rescue Plan they said would be completely different, but it was the same recipe again - crippling cost increases for healthy pensions and more tax cuts for corporations.

Unions killed that too.

The new proposal is somehow even worse than the ones that came before, IBEW Political and Legislative Department Director Austin Keyser says: “This puts us out of business almost immediately.  A year ago they wanted to kill us.”

This plan - which Republicans could shoehorn into the Budget Bill - would end that.

“We saved our pension from the worst recession in eighty years with no help.  The banks that caused that mess, they got a bailout.  The car companies, they got a bailout.  We recovered in spite of the people in Washington,” Cooper said. “Now, the same people who cut corporate taxes by ($1.4 trillion) want to finish what the banks couldn’t and tear down what we built with our hands.  Again.”

To Continue Reading This Labor News Story, Go To: https://ucommblog.com/section/union/their-plan-destroy-union-pension?fbclid=IwAR11t611jjOF90_tjeBHZEtzQds-a9JSsqn9psxpfMJBXOFSszHK0tCzgKA