People Are Ready To Fight - Labor Leader Sara Nelson On Building A Fighting Labor Movement, The Proud History Of Democratic Socialism In America, How Workers Ended The Government Shutdown & How They'll Stop Trump Too 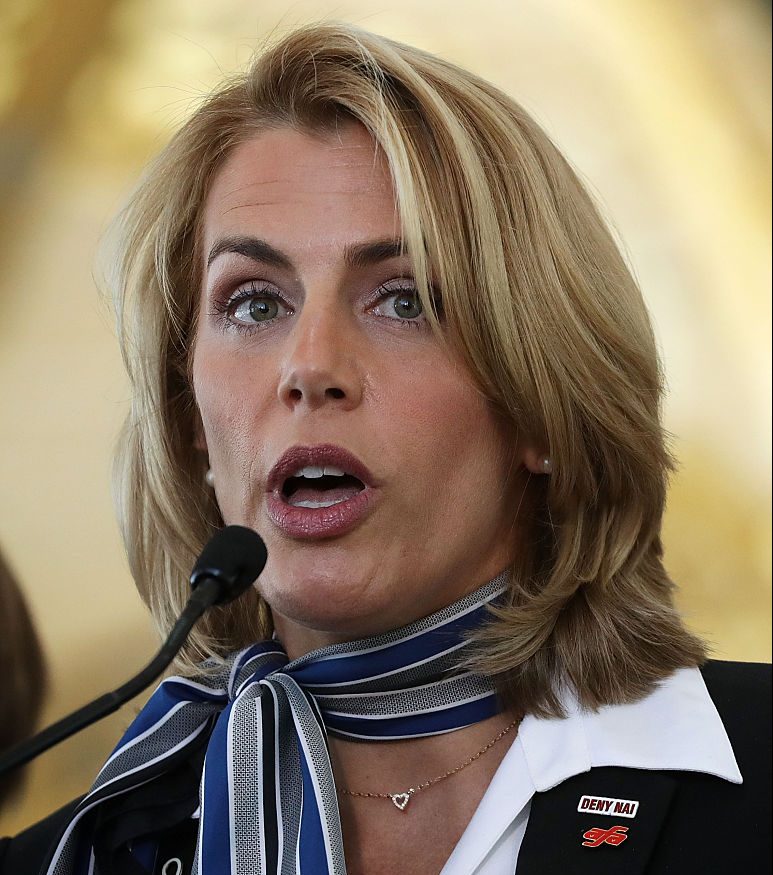 As such, Jabobin Magazine has reproduced Nelson’s speech here in full, lightly edited for on-line publication:

I’m here because Aviation’s First Responders did me the great honor of electing me to lead our Union.

I’m here representing them and stand in awe of their courage and care for all of us.

Our Union, the Association of Flight Attendants-CWA, with fifty thousand members at twenty airlines, first formed to beat back discrimination that ranged from quitting at age thirty, or stepping on a weight scale until 1993.

We fought for men to have the same rights as women on the job and we were at the forefront of LGBTQ rights.

That spirit is what led Flight Attendants to declare we wouldn’t work flights that facilitated the Trump Administration’s evil policy of Immigrant Family separations.

And it’s that spirit that led us to take a firm stand during the government shutdown, when millions of people were out of work, others were forced to work without pay, all of us were increasingly unsafe, and our entire economy was on the line.

With access to 360 million voters in our workplace, we intend to continue to use the spirit of our Union for good.

And let me tell you I’m proud to be with you, the Chicago Democratic Socialists of America.

You have won some great victories here in this city this year.

You have helped elect some incredible leaders.

And here’s what I have to say: Helen Keller was a Democratic Socialist.  And so was Albert Einstein.  And so was George Orwell.  And Bayard Rustin.  And the Reuther family.

When Nazi troops came to the Warsaw Ghetto to kill the last Jews left, the men and women on the rooftops who met them with gasoline bombs were Democratic Socialists, and Democratic Socialists stood up against dictatorship throughout the twentieth century, they filled Stalin’s camps and Siberian graves.

The Minimum Wage, National Health Care, Worker Safety Rules, Social Security - before the Great Society and before the New Deal, this was the Democratic-Socialist Agenda.

The police called Lucy Parsons “more dangerous than a thousand rioters” because of her skills as an orator, organizer and rabble-rouser.

Her cry that only direct action - or the threat of it - will move the boss is a lesson we can all do well to remember.

Especially today, in this moment of crisis.

Just one in ten Workers in this country is a party to that charter of freedom and badge of dignity called a Union Contract.

Our republic is mocked every day by the president who swore to defend it and by those who made him in the Republican Party.

Around the world, the dark forces of hate driven dictatorship are on the march, much as they were in the 1930s.

Those who seek power through hatred feed on and inspire violence and madness, and leave behind random victims slaughtered in prayer - Christian, Jewish, and Muslim.

And yet we are gathered at a time of tremendous hope and possibility.

And so I come here not to make you angry or tell you terrible things, but to bring you good news from America’s Working People, and to speak to you in the language that Debs, Parsons, and Randolph spoke: The language of solidarity, of hope.

I want to summon in your mind’s eye the faces of all the people who walked a picket line this past year.

Picture them: West Virginia’s Teachers, and their Mineworker parents and grandparents.

More Working People in this country went on Strike this past year than have done so in decades.

These strikes were Workers going on offense - Workers demanding to be heard, Workers striking for a better day.

For one job to be enough.

These were the kind of strikes that Debs, Parsons, and Randolph would have understood, because they were visionary, because they built power, because they built right there on the picket line the kind of country we want to be - where we care for each other, where we fight hand in hand for our democracy, where our “manyness” - our many nationalities and races and religions and our diversity of gender and gender identity - is a source of pride and strength and love.

And because we won.

We beat the Wall Street Greedheads and their political pawns who wanted to destroy Los Angeles’s schools in the service of their profits.

We beat the Techno Barons of Google who thought they could reward sexual harassers with giant pay packages. (As hotel workers said in Chicago: “hands off, pants on.”)

We beat the giant multi-national corporations who own our Nation’s hotels and grocery stores - who make billions in profits but would have our kids go hungry.