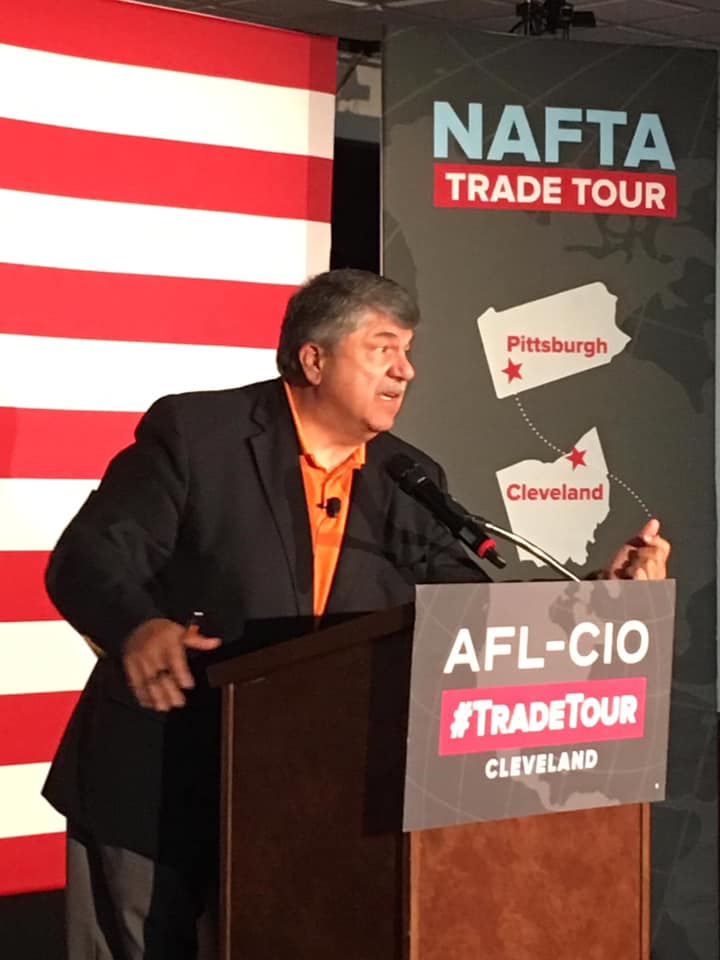 “Make ‘no mistake, we demanded a Trade Deal that benefits Workers and fought every single day to negotiate that deal,’” Trumka said, “and ‘now we have secured an agreement that Working People can proudly support.’”

Democrats have worked closely with the National AFL-CIO and other Labor Groups to secure stricter Labor Oversight Provisions in talks with the White House.

The National AFL-CIO’s rare endorsement of a Trade Deal clears the way for progressive Democrats to support the USMCA without fear of blowback from Unions.

On Monday, Trumka told The Washington Post he was reviewing a Tentative USMCA Agreement with his Executive Committee, expressing optimism about Labor-related changes.

U.S. Trade Representative Robert Lighthizer was expected to sign an updated version of the pact in Mexico City with Mexican and Canadian Officials.

"President Trump may have opened this deal, but Working People closed it.  And for that, we should be very proud," Trumka said in Tuesday's statement, continuing:

Working People are responsible for a deal that is a vast improvement over both the original NAFTA and the flawed proposal brought forward in 2017.

For the first time, there truly will be enforceable Labor Standards - including a process that allows for the inspections of factories and facilities that are not living up to their obligations.

The USMCA also eliminates special carve outs for corporations like the giveaway to Big Pharma in the administration’s initial proposal and loopholes designed to make it harder to prosecute Labor Violations.

The USMCA is far from perfect.

It alone is not a solution for outsourcing, inequality or climate change.

Successfully tackling these issues requires a full-court press of economic policies that empower Workers, including the repeal of tax cuts which reward companies for shipping our jobs overseas.

But there is no denying that the trade rules in America will now be fairer because of our hard work and perseverance.

For More On This Labor News Story, Go To: https://thehill.com/policy/finance/473837-afl-cio-backs-trumps-north-american-trade-pact-clears-path-for-democratic