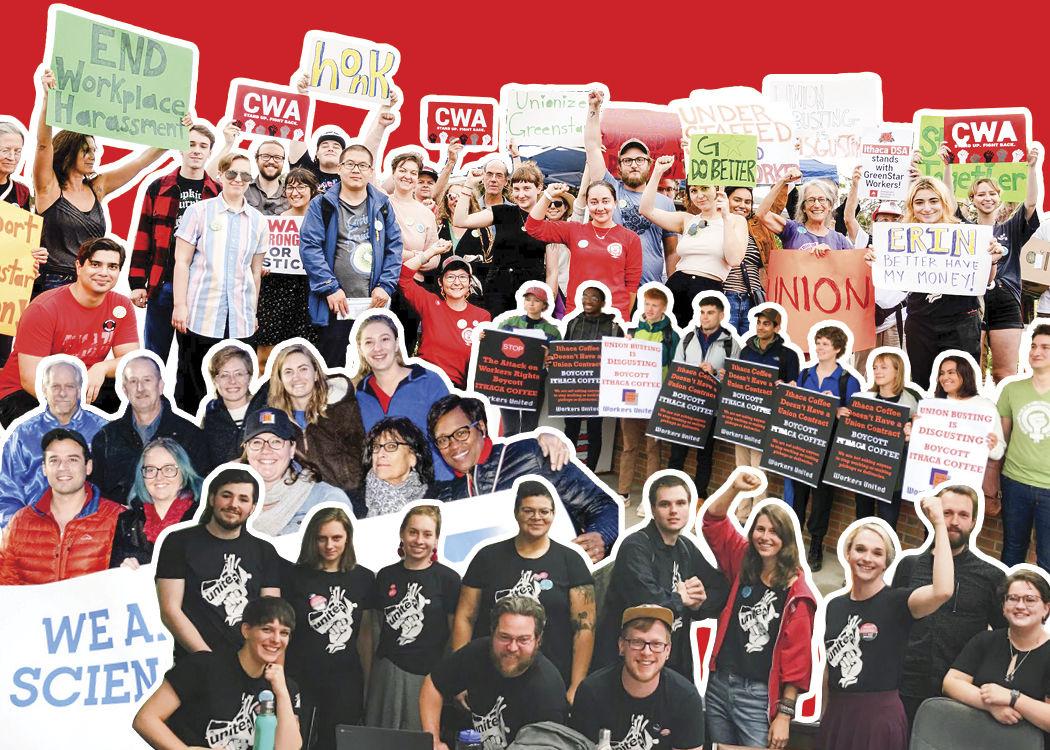 (ITHACA, NEW YORK) - After a prolonged era of falling Labor Union interest and participation, it appears Workers’ organizing efforts are gaining momentum, both nationally and locally.

A wave of Unionization efforts has appeared in Tompkins County, most notably over the last year or two, which has seen a wide range of Workers from Adjunct Faculty at Ithaca College to Baristas at Gimme! Coffee successfully Unionize, with several more efforts either in progress or failed for any number of reasons.

Union-centric headlines have been frequent even just over the last few months, with around 50,000 Workers at General Motors staging one of the largest Worker Strikes in recent history, organized by the United Auto Workers (UAW).  That work stoppage ended in late October after over a month of negotiations.

Locally there’s been nothing that has reached that extent, but Unions have certainly been more visible and vocal recently, whether it be the Trade Unions alleging that Cornell neglects local Organized Labor or Ithaca Coffee Company Workers calling for a boycott of the company for Anti-Union tactics or GreenStar Workers holding demonstrations outside of downtown locations.

“Something ‘is happening’ in the United States, and globally,” said Ian Collin Greer, a Senior Research Association in Cornell’s Industrial Labor Relations (ILR) School. “This is a time ‘when there’s a lot of labor activism taking place all over the world.’  It’s ‘young’ Workers ‘taking the lead and it seems like there’s a lot going on at once.’”

Greer said most economists would consider the country’s low unemployment rate as a motivating factor, since people are less fearful of losing their jobs under those conditions.

A stronger contributor, though, is that younger people generally just seem less tolerant and more apt to confront perceived mistreatment at work by management.

In Ithaca and Tompkins County, Greer said, it also helps that the public is mostly inclined to support the efforts of Workers to Unionize and that the term “Union-Busting” still carries some punitive weight here, he said, which isn’t necessarily true elsewhere.

“I ‘don’t know if I’ve ever been anywhere that’s as favorable to Organized Labor as Tompkins County,’” Greer said. “Ithaca’s ‘about as Union-Friendly as towns in the United States get.’”

Greer noted the existence of the Tompkins County Workers Center and Legal Assistance of Western New York as examples of places that work quite a bit with people who are Unionizing to help them navigate the logistical and legal aspects of it.

That’s not especially common elsewhere, he said, especially not in a place of this population size.

To Continue Reading This Labor News Story, Go To: www.ithaca.com/news/tompkins_county/local-organizing-is-spreading-in-ithaca/article_8ce9974e-0017-11ea-b68b-07acf9f52a88.html