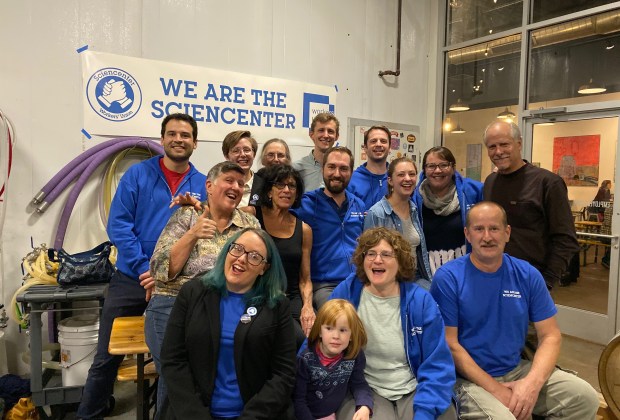 Sciencenter is a hands-on science museum that was founded in February 1983 as a 501 not-for-profit educational organization and grew out of the volunteer-run hands-on science program run for 15 years at several elementary schools in the Ithaca City School District.

Lucas Fredericks is a Sciencenter Employee who has been heavily involved in organizing the Unionization Movement, said: "We met two or three months ago with a bunch of other Workers and we decided that there were enough of us.  ‘As it turns out, it was all of us who thought that this was the right step forward, that this would help the Sciencenter work better and would be a really healthy thing for Workers and the Sciencenter and community.’"

What drew Fredericks and the rest of the organization to the Workers United Union, a Union that recently-Unionized Gimme! Coffee also works with, was the style of their operation.

"We ended up with Workers United, ‘who I think has been really fantastic for us so far.’  Their organizing model ‘is very collectivist, sort of radically Worker-led and that’s what drew us to them,’" Fredericks said.

Emily Belle, another Sciencenter Union Organizer, echoed a similar sentiment: "We ‘wanted something really organic that could meet the needs of the Sciencenter and we're really happy we were able to find that in Workers United.’  ‘So many of the Sciencenter Workers have been hugely involved and lent their specific skills to this organizing effort.’  ‘It really felt like a collective effort and we've grown a lot as a team together and learned a lot about each other.’"

According to Belle, what makes the Sciencenter Union different is that "we are a fairly small Staff, we're all in one location, we've done a lot of work to know each other and really be on the same page on this."

"I ‘think that's really clearly demonstrated in the fact that we unanimously voted to affiliate with Workers United,’" she said.

To Read This Labor News Report In Its Entirety, Go To: https://ithacavoice.com/2019/11/sciencenter-employees-unanimously-vote-to-unionize/?fbclid=IwAR3mrQ78UxIUuUS0XOvQWECsG2nZr1VIewoVpuhGEZzOJKTmsRwvOE4VAuU