The National AFL-CIO Condemns GOP Multi-Employer Pension Proposal - 125 Plans Are In Critical & Declining Condition, Projected To Become Insolvent Over The Next 20 Years - Endangering The Retirement Benefits Of More Than 1.3 Million Workers 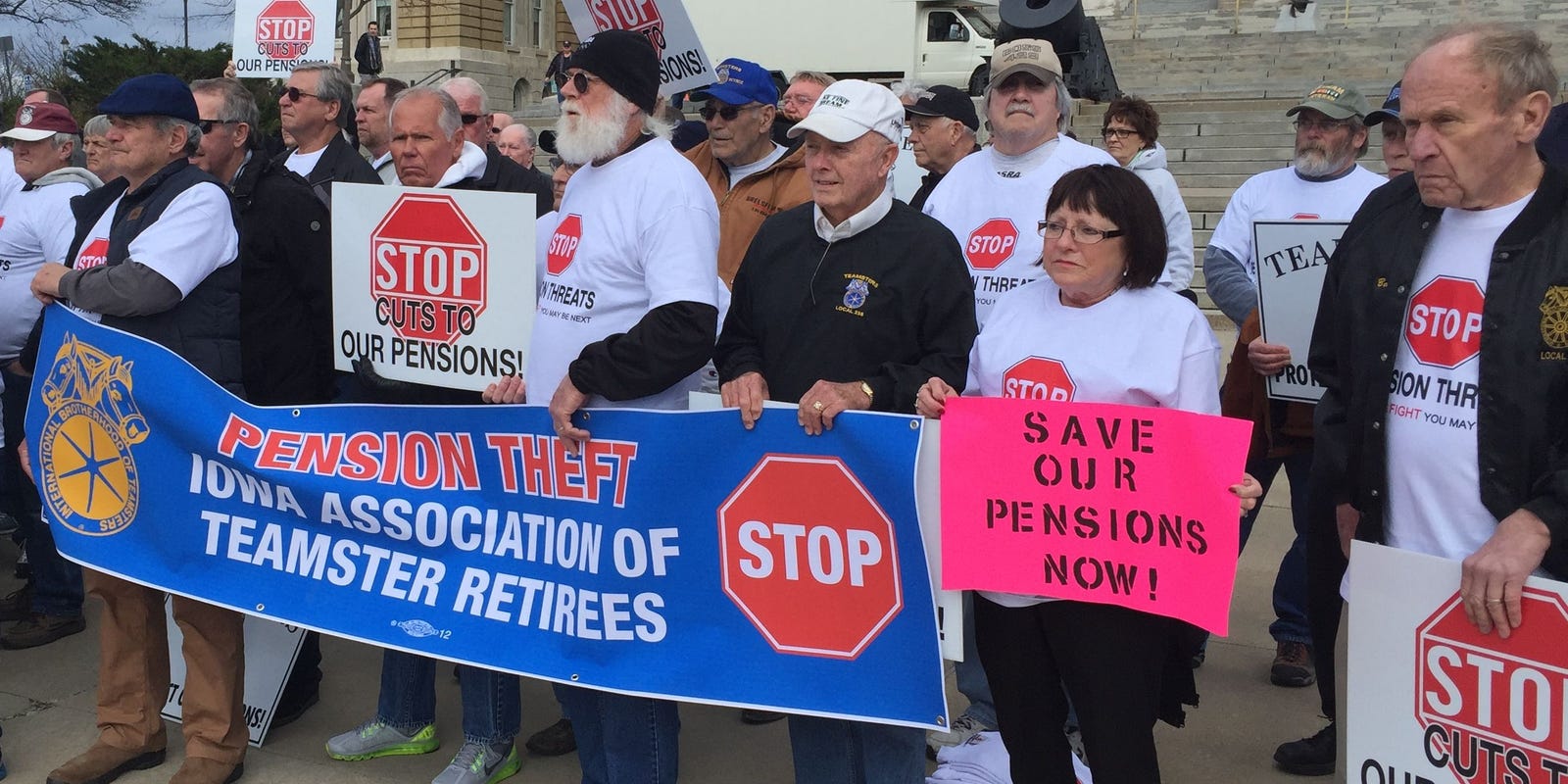 (WASHINGTON, D.C.) - The National AFL-CIO’s Pension Panel has roundly condemned proposals made by two leading Senate Republicans to shore up the Nation’s endangered Multi-Employer Pension Funds that would cut benefits by up to 19%.

The National Labor Federation’s Retirement Security Working Group said this week that the proposals contained in a white paper released on November 20th by Finance Committee Chair Charles Grassley (Republican-Iowa) and U.S. Senator Lamar Alexander (Republican-Tennessee), who serves as Chair of the Health, Education, Labor and Pensions Committee “will not only injure the Retirees and active participants it purports to help, it also will precipitate the collapse of all Multi-Employer Pension Plans.”

About 125 Multi-Employer Plans say they are in “critical and declining” condition - projected to become insolvent over the next 20 years - endangering the retirement benefits of more than 1.3 million Workers.

The Teamsters’ Central States Pension Fund, with some 400,000 participants, is the largest.  It’s projected to go broke in 2025, with threatened cuts as high as 70%.

The Treasury Department in 2016 rejected its request to reduce benefits by 23%.

Grassley and Alexander’s proposals would have Retirees in those plans take a direct 10% cut in their benefits.  It would also have them pay up to 10% of their remaining benefits in premiums to the Federal Pension Benefit Guaranty Corporation (PBGC), which guarantees minimum payments to Retirees in bankrupt plans.

The National AFL-CIO’s panel of 18 Union Leaders included several who have members in “critical and declining” plans, among them the heads of the United Mine Workers of America (UMWA), the International Association of Machinists (IAM), the American Federation of Musicians (AFM), International Brotherhood of Electrical Workers (IBEW), the United Food & Commercial Workers (UFCW), and the Bakery, Confectionery, Tobacco Workers and Grain Millers’ (BCTWGM) International Union.

The Teamsters said they were “actively reviewing the proposal and its impact on Teamster funds” and had been “working with Congress to find a bipartisan solution.”

The Union has endorsed the Butch Lewis Act, a Bill passed by the House in July that would set up a Federal Agency to give low-interest loans to endangered Pension Funds until they can stabilize themselves.

The Butch Lewis Act’s logic is that the reason most of the endangered plans are in such bad shape is that they have too few active Workers contributing to their funds to cover what’s owed to current and future Retirees.

Those plans, particularly in trucking, mining, construction, and entertainment, have suffered from employers going out of business and the growth of Non-Union companies, as well as investment losses in the Great Recession of 2008-09.

The Bill’s hope is that the long-term loans would enable those funds to cover their obligations until the number of Retirees has shrunk enough for them to be viable again.

To Read This Labor News Story In Its Entirety, Go To: http://laborpress.org/afl-cio-condemns-gop-multiemployer-pension-proposal/