Trump Promised Massive Infrastructure Projects, But Weve Gotten Nothing - The Contract Trump Signed With American Voters To Produce An Infrastructure Plan In The First 100 Days Is Worthless Because It Never Happened

The American Society Of Civil Engineers Gives The Nation A D+ Grade For Infrastructure - Estimates If More Than $1 Trillion Is Not Added To Currently Anticipated Spending, The Economy Is Expected To Lose 2.5 Million Jobs In 2025 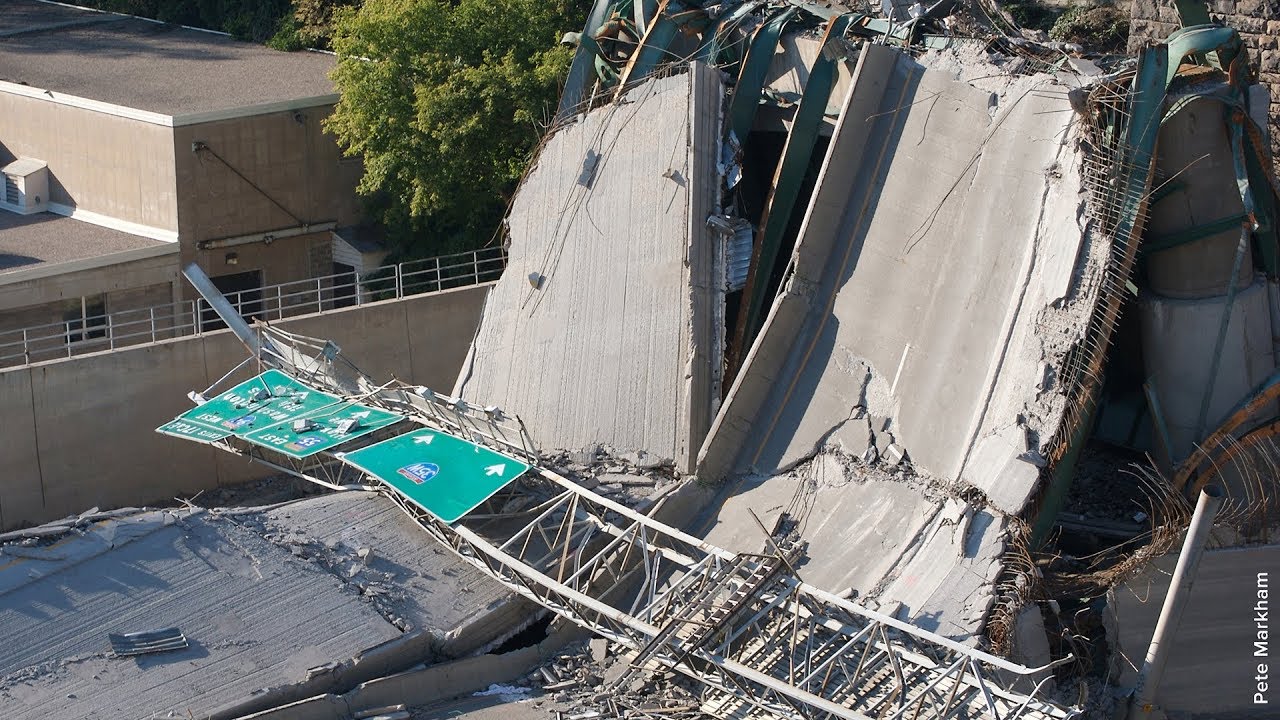 Bad news about infrastructure is as ubiquitous as potholes.

Flooding in Nebraska caused nearly half a billion dollars in road and bridge damage - just this year.

Republican President Donald Trump promised to fix all this.

The great dealmaker, the builder of eponymous buildings, the star of “The Apprentice,” Donald Trump, during his campaign, urged Americans to bet on him because he’d double what his opponent would spend on infrastructure.

So far, that wager has netted Americans nothing.

And there’s nothing on the horizon since Trump stormed out of the most recent meeting. That was a three-minute session in May with Democratic Leaders at which Trump was supposed to discuss the $2 trillion he had proposed earlier to spend on infrastructure.

In a press conference immediately afterward, Trump said if the Democrats continued to investigate him, he would refuse to keep his promises to the American people to repair the Nation’s infrastructure.

The comedian Stephen Colbert described the situation best, saying Trump told the Democrats: “It’s ‘my way or no highways.’”

The situation, however, is no joke.

Just ask the New York rail Commuters held up for more than 2,000 hours over the past four years by bridge and tunnel breakdowns.

Just ask the American Society of Civil Engineers, which gave the nation a D+ grade for infrastructure and estimated that if more than $1 trillion is not added to currently anticipated spending on infrastructure, “the economy is expected to lose almost $4 trillion in GDP, resulting in a loss of 2.5 million jobs in 2025.”

Candidate Donald Trump knew it was no joke.