Is This Winning? A New Brookings Institution Study Paints A Devastating Picture Of The Reality Of Working Class Life, Finds A Staggering 44% Of U.S. Workers Earn Low Wages 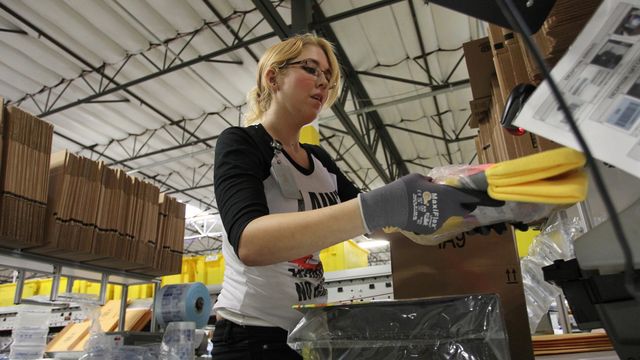 (WASHINGTON, D.C.) - The November 2019 report from the Metropolitan Policy Program at the Brookings Institution titled Meet the Low-Wage Workforce, co-authored by Nicole Bateman and Martha Ross, paints a devastating picture of the reality of Working Class Life in the world’s wealthiest country.

The study concentrates on the years following the so-called “economic recovery” championed by former President Barack Obama after the Great recession of 2009-2011.

The report opens by stating: “As globalization and automation reshape the Labor Market, Workers today must navigate a changing economic landscape.  Low Wage Workers risk becoming collateral damage, struggling to find their footing in the Labor Market and an educational system riddled with inequities.”

The largest number of Workers impacted by job loss during the Great Recession had earned a high school diploma or less.

Three-quarters of the mainly part-time and contract jobs “created” under the Obama Administration were filled by those with a bachelor’s degree or higher, signaling a lowering of living standards for the entire Working Class - regardless of education level.

According to the study, the largest metropolitan areas have the highest numbers of Low Wage Workers: 3.5 million in the New York City area; 2.7 million in the Los Angeles region; 1.6 million in Chicago; and about 1.2 million each in Dallas, Miami, and Houston.

In less populous areas, Low Wage Workers make up a larger percentage of the workforce, particularly in the Southern and Western U.S.

Areas with some of the highest concentrations of Low Wage Workers are located near the U.S. southern borders and coastlines.

Data was gathered from the U.S. Census Bureau’s 2012-2016 American Community Survey five-Year Public Use Microdata Sample for Workers aged 18 to 64 who worked at any point during the year - and did not exclude Part-Time or Seasonal Workers.

Workers with “very low” wages were also excluded, as were those who worked more than 98 hours per week.

Had these groups been included there is a possibility that the number of Workers considered low wage in the U.S. is actually higher.

Both African-American and Hispanic Workers were overrepresented in the low-wage group, at 15% and 25% respectively, compared to their total percentage in the workforce.

A 52% majority of Low Wage Workers are White.

To Continue Reading This Labor News Story, Go To: www.wsws.org/en/articles/2019/11/29/loww-n29.html?fbclid=IwAR1JUFKR11icLZisws_NOl2Q28QucaolzoaI0VxyWPYSCGwTiuNDmYOzX2A