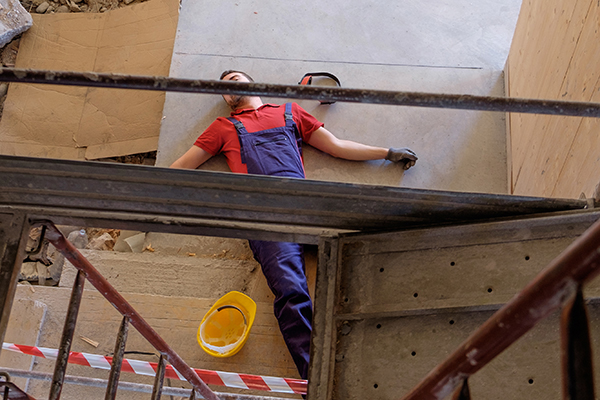 The BTEA report says 85% of construction fatalities in 2018 occurred at the hands of Non-Union contractors and that BTEA contractors received 33% fewer safety violations than others.

While the statistics were released by BTEA, Lou Coletti, the organization’s CEO, said the data was obtained through the independent U.S. Occupational Safety and Health Administration (OSHA).

“In a city like New York, a safe construction site ‘is critical for’ Workers and the public ‘alike,’” Coletti said. “And (these) statistics ‘could not be clearer - Safety and security are part of the culture of a Union Contractor and the quality of the work is second to none.’  (This) shows that year in and year out, Union Construction Firms ‘are the safest in New York City.’  ‘That’s because when you have a skilled and experienced Union Workforce, the quality of work is better and safety is not just prioritized - it’s part of the culture.’  ‘These statistics make that clear.’”

Workers for other unions said they agree with the BTEA study.

“The results of this study ‘aren’t surprising at all,’” said Robert Holst, a Journeyman Electrician with International Brotherhood of Electrical Workers (IBEW) Local 3.  “While every construction job ‘has inherent dangers, it is the training that Union Building Trades Members receive during their Apprenticeship that makes the difference in regards to a safe job.’  Union Employers ‘are committed to this training and creating safe work spaces.’  ‘The confidence in performing one’s job comes from training.’  ‘There is no substitute for a union Apprenticeship Program.’”

Mike Prohaska, who serves as Business Manager of Local 79, Construction and General Building Laborers, said: “Our Members’ ‘health and welfare will always be our number one priority, so our Training Programs place great importance on Worker Safety and Safe Worksite Practices.’  Our signatory contractors hire our Members ‘because they want the best of the best on their job and to complete their job effectively and efficiently.’”

To Read This Labor News Story In Its Entirety, Go To: www.silive.com/news/2019/11/union-vs-non-union-workers-which-construction-sites-are-safer.html?utm_medium=social&utm_source=facebook&utm_campaign=statenislandadvance_sf&fbclid=IwAR1NyfzBKcX6hqKnYo9ulhLmy9ewi3O7tSN2SrA1iDkkcp9FeXTuWYKeX7U