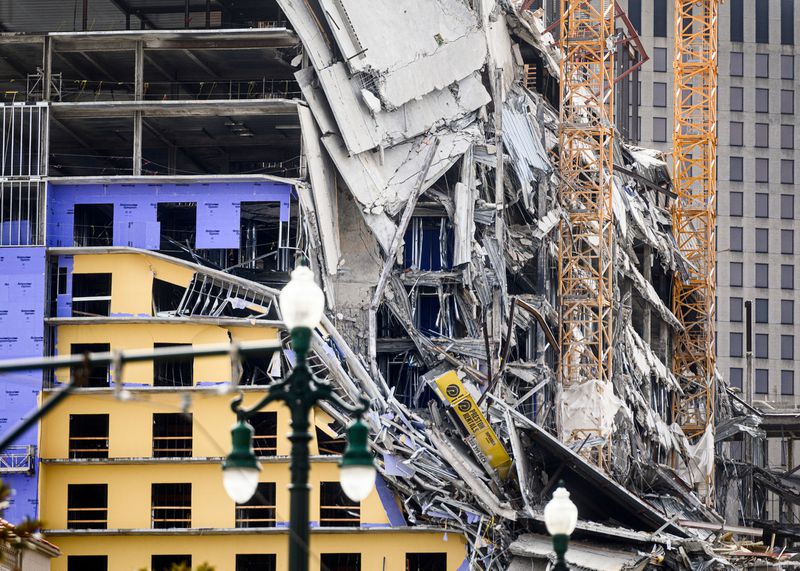 (NEW ORLEANS, LOUISIANA) - The Construction Worker who was injured in and raised the alarm about a deadly hotel collapse in New Orleans last month is set to be deported, the man’s wife and lawyers said Friday.

Border Patrol Agents arrested Delmer Joel Ramirez Palma, a Honduran National, just two days after the hotel collapse last month.  He was later moved to an Immigration Holding Facility at the Alexandria International Airport in Central Louisiana, according to Nola.com.

Attorneys advocating on Ramirez’s behalf say his deportation could hinder an on-going conversation about the October 12th hotel collapse that killed three people and injured several others.

Ramirez spoke out about unsafe conditions at the site prior to the collapse.

He was arrested while he was fishing after U.S. Fish and Wildlife Service Agents asked him for his fishing license and pressed him for identification before summoning Border Patrol officers, according to Nola.

Ramirez does not have legal authorization to work in the U.S. and was ordered to be deported in 2016.

He fell several stories during the October collapse.

“He talks about how this disaster could have been avoided if they had been paid more attention when they could see - clearly - that the building, in some areas, wasn’t right,” Tania Bueso, Ramirez’s wife, said. “When he used the laser (measurement tool), he also said he had to check two or three times to make sure the measurement was right because the building was so imbalanced.”

To Directly Access This Labor News Story, Go To: https://thehill.com/blogs/blog-briefing-room/news/471770-worker-who-raised-alarm-before-deadly-new-orleans-hotel?fbclid=IwAR3NmjtEnzKHr_WRRzvslShRpBJ1GjeZMSoFs6WX-JYe11TzFYeM9J3__G0

And For More, Read The Labor News Story, Headlined:

‘Hard Lessons’ From The Hard Rock Hotel Collapse: In An Industry With ‘Lax Enforcement’ Of Safety Standards And Where The Companies ‘In Charge Are Let Off The Hook, Worker Deaths Are All Too Common’