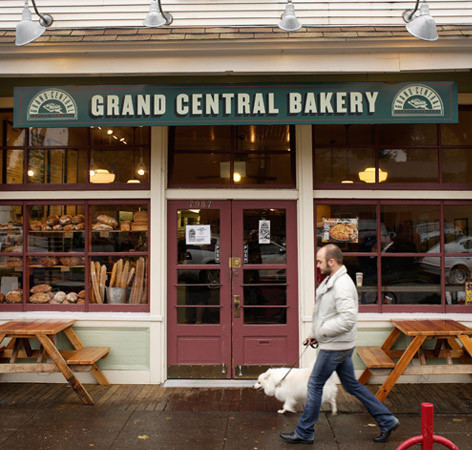 A majority of the 45 Bakers and Dishwashers at the plant signed cards seeking to join 1,170-member Bakery Confectionery, Tobacco and Grain Millers (BCTGM) Local 114, and on Friday (November 22nd), they petitioned the National Labor Relations Board (NLRB) to schedule a Union Election.

That sets the clock ticking for a Union Campaign at the busiest time of the year for the company.

Grand Central is owned by brother and sister Ben and Piper Davis and four others, but it’s no tiny mom and pop.

Founded in 1989 in Seattle, it’s grown to 12 retail locations and two wholesale baking operations in Portland and Seattle, totaling about 400 Employees company-wide.

Its bread is sold at Fred Meyer, QFC, Whole Foods, New Seasons Market and other stores, and its buns are served at the Burgerville Hamburger Chain.

That begins to put it in the same league as other large bakery employers that are Unionized and pay higher wages and benefits.

At Franz, Bakers make $25.18 an hour - plus benefits, under the Union Contract.

But will Grand Central fight the union campaign?

The company goes to great effort to tout itself as an ethical enterprise and last year paid to become a “Certified B Corporation” - a designation that supposedly commits it to use its profits to make a positive impact for its Employees, communities and the environment.

But the company hasn’t exactly rolled out the welcome mat in previous attempts by Workers to exercise their rights.

In 2013, Grand Central reinstated Cafe Worker Ryan Wisnor to settle an NLRB charge that it had fired him for complaining about safety, wages, and staffing on behalf of his Co-Workers.

Later, when Wisnor and his Co-Workers at the same location began a campaign to join Laborers Local 483, Grand Central closed the cafe months ahead of schedule.

Co-owner Piper Davis told the NW Labor Press at the time that the closure was unrelated to the Union Campaign, but none of the cafe’s laid off Workers were rehired at other locations.

Wisnor went on to get a job enforcing Labor Laws at the Oregon Bureau of Labor and Industries (BOLI).

Now, Grand Central will have another chance to make good on its brand-claim of being a business as a force for good - by recognizing the Union or standing aside while Workers make that decision on their own.

To Directly Access This Labor News Story, Go To: https://nwlaborpress.org/2019/11/union-campaign-goes-public-at-grand-central-bakery/?fbclid=IwAR26zg4DmWIsNo8z2Efol0Hw1897St_Y4m4B5nJvCYKPQXmqjbomSBXqjwA