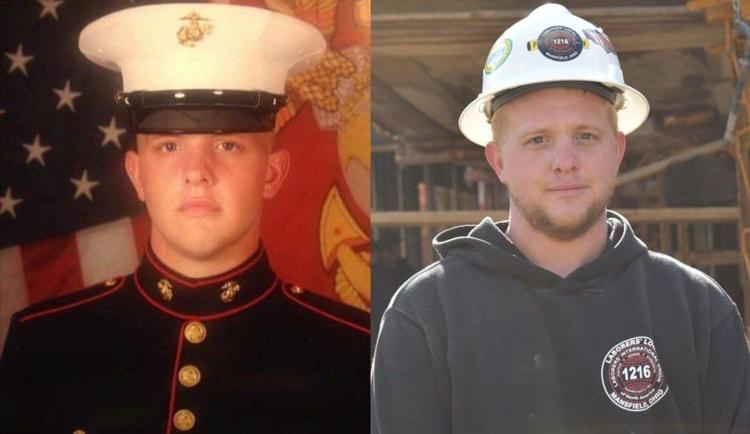 (ASHLAND, OHIO) - When Ashland native Josh Barr came to the end of his military career as a Marine in 2017, he was unsure of what the next chapter in his life would entail.

“I ‘wanted to still be a part of something larger, like the strong brother and sisterhood I experienced in the military,’” Barr said. “After speaking with the Business Manager, Jeff Sellers of Local 1216, about the Laborers’ Union Apprenticeship Program, ‘I knew I found the opportunity I was looking for.’”

Soon after their conversation, Barr began his Apprenticeship working for Shelly & Sands in Mansfield.

The Laborers’ Apprenticeship Program allowed him to earn a wage to support his wife and daughter, while equipping him with the training to master his new craft.

The investment in training has more than paid off.

Since his initial work on utilities, Barr has worked on a variety of local projects ranging from asphalt, to pipeline and on building projects.

“He’s been a ‘welcomed addition’ to our company,” said Jason Chrastina, who serves as Personnel Supervisor for Shelly & Sands. “The military discipline, along with his hands-on training at the Training Center, has made him a ‘rising star, he has a bright future with us.’”

Barr will wrap up his Apprenticeship Program requirements in the coming weeks, completing the program in just three years.

And by the numbers, that milestone seems to bode well for the 27-year old.

According to the Laborers’ Statewide Apprenticeship Office - 95% of graduates are still working in the industry today.

Further, many of those graduates have progressed quickly in their careers, holding Foreman and Supervisor positions.

“Josh has been a ‘model’ for the Laborers’ Apprenticeship Program,” Laborers’ Local 1216 Business Manager Jeff Sellers said. “He’s one of fourteen active Apprentices that are currently building and maintaining infrastructure in our five-county service area.  This program offers people who are ‘young, career-transitioning, or underemployed a path to the Middle Class with health insurance and a dignified’ retirement.  LIUNA Apprenticeship Programs ‘are the foundation for a successful career’ in the construction industry.”

Workers who complete Apprenticeship Programs earn an average of $300,000 more over their careers when compared to peers who don’t.

The founding and expansion of this program serves as a model to help solve the workforce gap many companies in the construction industry face.

Ohio Union Laborers are the first Construction Workforce on the job, and the last ones to leave.

To Directly Access This Labor News Story, Go To: www.ashlandsource.com/business/ashland-veteran-grateful-for-laborers-union-apprenticeship/article_98a40dd0-07e7-11ea-8fdf-b361cdd6d696.html?fbclid=IwAR16k-f5JGZRyuQZOUVgr76MckV6hFRhA6pFp4yC7XEwljbmMcLm9dvheEc