GM Retaliates After End Of UAW Strike By Suspending UAW Local 2250 President Glenn Kage: Its Retaliation Because We Stood Up To Them And Went On Strike. 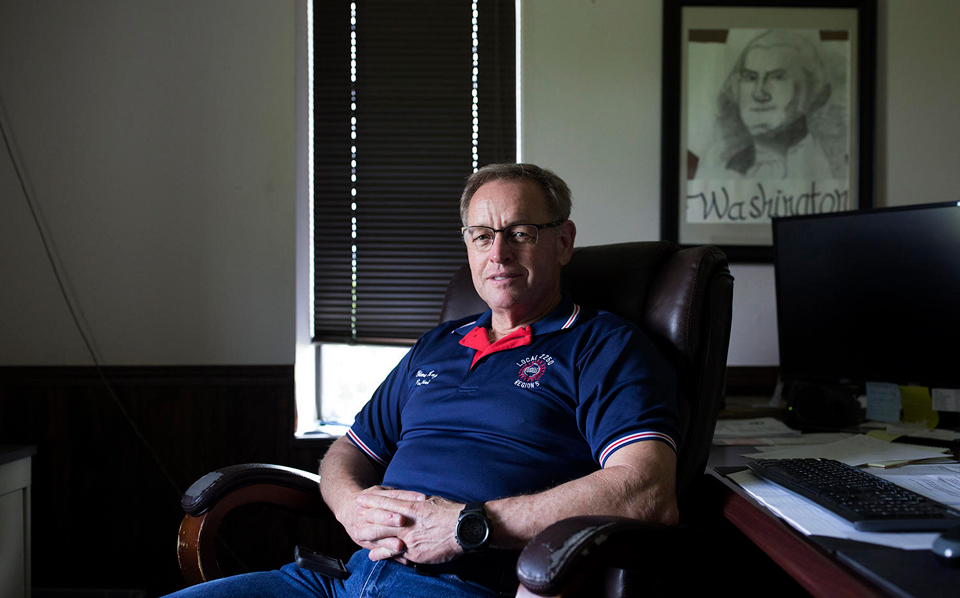 (WENTZVILLE, MISSOURI) - The United Auto Workers’ (UAW) Strike against General Motors (GM) is over, but management at GM’s Wentzville Plant is still steaming - so much so that they placed Glenn Kage, the President of UAW Local 2250, on suspension recently for his actions during the Strike.

“It’s ‘retaliation because we stood up to them and went on Strike,’” Kage (pictured above) said. “General Motors Wentzville ‘has sent a clear message to every Member of UAW Local 2250 - if you stand up for the Members, they will come after you.’  I am ‘disappointed’ in General Motors that after a forty-day Strike, resulting in a ratified agreement, ,that they have chosen to come after Union Officials and Members of UAW Local 2250.  ‘This isn’t just about them coming after me, they’re going after Union Members and Union Officials all over the country.’  ‘The intentions of this could not be clearer, they are going after UAW Members sending a message that if you go on Strike in the future, they will come after you.’  ‘They are trying to break the Union.’”

Kage said the action stems from an incident during the Strike when rumors were circulating that Ledec Industrial Services, which handles building maintenance and facility management at the plant, and whose Employees are Members of UAW 2250, had been attempting to hire Scabs to lure their people behind the picket lines.

Kage said he received information that Ledec had a van parked on the nearby Walmart parking lot and was planning to bring Non-Union Scabs into the plant.  Kage said he went to the Walmart parking lot to investigate the possibility of Ledec bringing Scabs into the plant and take appropriate action - if necessary.  Kage said he saw a Jeep on the lot parked near the van, and a woman talking to someone in the Jeep.  When he and his Members showed up, he said, the Jeep drove off and one ever showed up to get into the van.

Shortly after the Jeep left, a police car pulled in and an officer told him he and his Members would be arrested for unlawful assembly if they attempted to picket around the van.

When Kage was informed that Ledec Employees felt intimidated entering the plant, he provided gate passes to Ledec management to put their minds at ease.

Kage said he recently was called into the GM Offices and told he was being suspended for 30 days for “attempting to intimidate and harass the Workers coming into the plant.”

Two Members of the Shop Committee, a Safety Rep and an Activist Third Shift Member were also disciplined.

Kage said grievances have been filed on all the Members’ behalf.

“UAW ‘will continue to stand in solidarity,’” Kage said. “We ‘will not be broken.’”

To Directly Access This Labor News Story, Go To: https://labortribune.com/gm-retaliates-after-strike-by-suspending-president-of-uaw-2250/?fbclid=IwAR2JTz8SPmCHAK9Ul4CpiO2PybZdL4E7DlO0BfORglP7-QZn_GVAwqZpSnM