If This Is Happening Over There, Why Cant It Happen Here? - Uber Eats Delivery Staff In Japan Form Labor Union 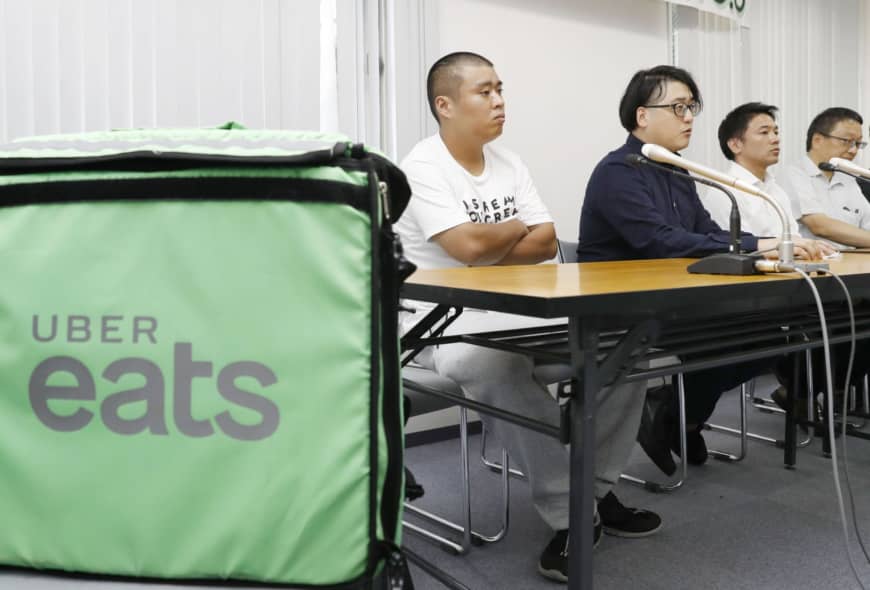 Uber and Ride-Hailing Rival Lyft Incorporated have faced criticism for not providing their Contract Workers, known as “Platformers,” with accident insurance and other benefits enjoyed by regular Workers.

“We would like to improve the working environment for Uber Eats Delivery Staff through negotiations,” Tomio Maeba, Chairman of the Union, said at a recently-held news conference in Tokyo that was attended by a dozen Contract Workers.

The Union wants the company to be aware of their disadvantageous working environment and aims to secure “safer and more stable working conditions for all platform workers,” Maeba, 29, said.

The Union, formed by 17 Platformers, also plans to request that the Japanese Unit of the U.S. Company ensure fair treatment for Delivery Riders and review how distance-based wages are set.

There are an estimated 15,000 Uber Eats Platformers in Japan.

Delivery Staff using bicycles and motorcycles are directed by the company to pick up food and beverages at restaurants via the Uber Eats App.

Yoshihiko Kawakami, a lawyer supporting the Union, said the company should accept its request in compliance with the Labor Union Law.

“We will sincerely address Delivery Partners’ needs while always seeking a better way for them,” an Uber Eats spokeswoman said.

Uber recently introduced an Injury Compensation Program for Delivery Staff in Japan in cooperation with Mitsui Sumitomo Insurance Company.  The company said it would pay all insurance premiums and up to ¥10 million ($93,000) in case of death.

In Japan, more than three million people are estimated to be working as Freelancers, including Contract Workers, according to recent government data.

The Japan Government is considering submitting a bill to protect Freelancers from being treated disadvantageously.

To Directly Access This Labor News Story, Go To: www.japantimes.co.jp/news/2019/10/03/business/corporate-business/uber-eats-delivery-staff-japan-form-labor-union/#.XcyzmehKiiM