The Contract With Ford Also Includes $6 Billion In Promised Major Product Investments In U.S. Facilities & The Creation And Retention Of More Than 8,500 Jobs, With 19 Facilities Promised Investments 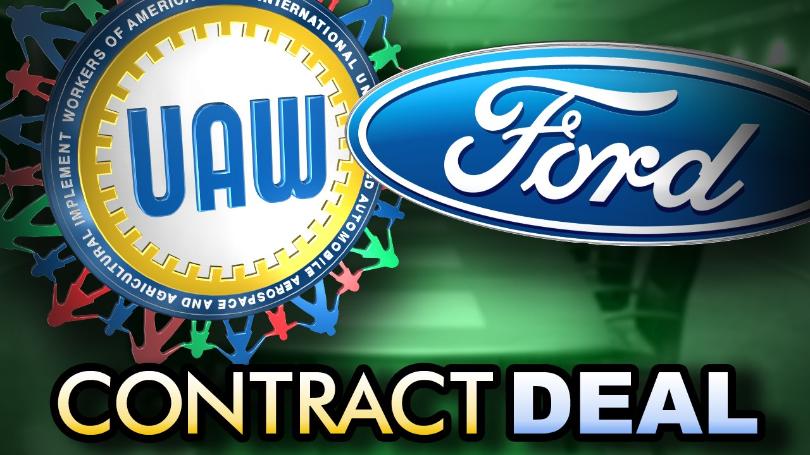 (DETROIT, MICHIGAN) - After two weeks of voting with little drama or controversy, United Auto Workers (UAW0-represented Workers at the Ford Motor Company ratified their four-year contract with the Automaker by 56.3% of the vote, the UAW announced Friday (November 15th) evening.  The UAW announced the percentage without specific numbers after Members finished casting votes nationally at 7:30 p.m.

“Every Ford Employee and Temporary Employee will be at the top-rate for full-time status at the end of this four-year agreement,” said acting UAW President Rory Gamble, who is Director of the UAW-Ford Department, in a prepared statement. “This is a life changing contract for many and provides a template for all future Ford UAW Members to a full-time, top-rate status.  There will be no more permanent temporary situations and no more permanent tiers.  Ford’s commitment to job security and assembly in the United States is a model for American manufacturers.”

Ford has more UAW Members than any other Automaker in the U.S.

An estimated 55,000 Workers are covered by the deal.

“We are pleased that we were able to reach an agreement quickly with the UAW without a costly disruption to production,” said Joe Hinrichs, Ford’s Automotive President said in a prepared statement. “This deal helps Ford enhance our competitiveness and protect good-paying manufacturing jobs.  Working with the UAW, we have added flexibility to our operations while keeping labor costs in line with projected U.S. manufacturing labor inflation costs and still rewarded our Workers for their important contributions to the company.”

On Monday (November 18th), the UAW begins the process to finish its pattern bargaining with Fiat Chrysler.  A six-week Strike at General Motors that ended with an October 25th ratification has pushed the contract negotiations through Thanksgiving, which is atypical.

The contract with Ford also includes $6 billion in promised “major product investments” in U.S. facilities and the creation and retention of more than 8,500 jobs, with 19 facilities promised investments.  And it also includes no changes to Workers' share of health care costs, a $9,000 ratification bonus for Seniority Employees and $3,500 for Temporary Workers.

Bernie Ricke, who serves as President of UAW Local 600 that located near the Rouge Factory Complex, said his 14,000 active Members are looking to the future, investment, products and jobs: "The process ‘went well.’  ‘I think we did a good job of explaining the agreement to our members. I'm proud of the job we did.’"

Fact is, Ford Negotiators met many of the goals outlined by the UAW, said Kristin Dziczek, Vice President Of Industry, Labor and Economics at the Center for Automotive Research in Ann Arbor. "They wanted in-progression Workers to reach parity and they do.  Temporary Workers got a pathway to full employment and there's a cap on the number of Temporary Workers hired. They don't lose anything on health care.  And they got a whole bunch of detailed investment."

Companies generally want contracts ratified by 50% - plus 1 vote, because that shows each side gave up what was needed, she said.

Harley Shaiken, a Professor at the University of California at Berkeley who specializes in Labor Affairs and tracks UAW activity closely, said: "Ratification at Ford isn’t a surprise.  It reflects a lot of hard work.  There is a solid relationship between the company and the UAW - with experienced, smart negotiators on both sides."

To Continue Reading This Labor News Story, Go To: www.freep.com/story/money/cars/ford/2019/11/15/uaw-ford-contract-ratification/4201440002/?fbclid=IwAR3PFULcBx4al2yibmdOcpRCWJ2CnXTIMPpXMgMd_hwEzGFuXcusBwRpYHU