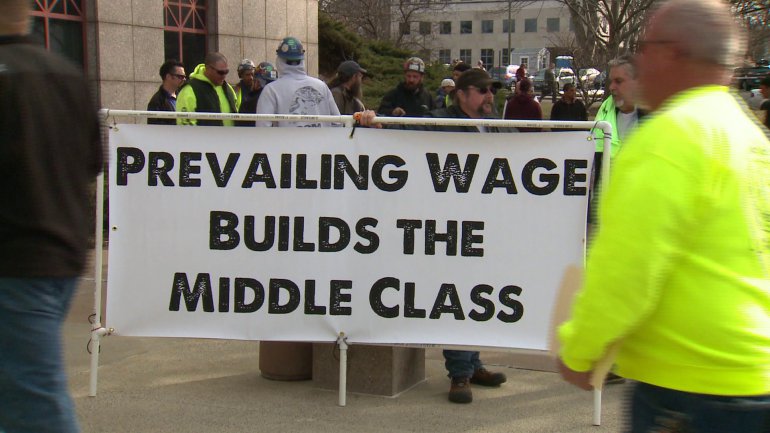 (CHARLESTON, WEST VIRGINIA) - School superintendents from dozens of West Virginia Counties will appear before the state School Building Authority (SBA) this week in hopes of convincing the SBA to fund their school construction projects in the latest round of “Needs” Grants.  A recent move by the SBA will allow some of those counties to seek more money for their projects.  Last week, the SBA approved a 20% increase in allowable square footage costs for new school construction.

“We’re seeing trends in square foot costs that affect all projects so we thought it was prudent for us to raise the maximum amount a county could request up to twenty-percent higher,” SBA Director of Architectural Services Ben Ashley said.

However, a West Virginia Labor Leader said the increase is further proof the Legislature’s decision to repeal the state’s Prevailing Wage Law in 2016 hasn’t worked.

“It’s true that costs have gone up, but it’s kind of surprising that with the repeal of Prevailing Wage they are recognizing this,” West Virginia Affiliated Construction Trades Foundation Director Steve White recently told MetroNews. “You get what you pay for and the school systems are finding out when low-wage labor is used it’s causing all sorts of problems and costing them more.”

In 2016 the Republican-led legislature wiped out the long-held practice in West Virginia where the Government surveys contractors to determine the minimum level of pay for a variety of classifications of jobs on state-funded projects, such as schools.

Those favoring the repeal said the state overpaid millions of dollars for projects with the flawed survey system.

White said Organized Labor would could continue to fight for the reinstatement of Prevailing Wage: “What strikes us the most is a recognition, an admission that costs are going up even when wages have been slashed.”

The square footage allowable costs haven’t been increased by the SBA since 2013.

The exact amount the SBA will have to give out in “Needs” Grants hasn’t been finalized.

The new school construction square footage costs are now $307 for elementary schools, $302 for middle schools and $300 for high schools.

To Read This Labor News Story In Its Entirety, Go To: http://wvmetronews.com/2019/11/10/labor-leader-says-square-footage-increase-shows-prevailing-wage-repeal-hasnt-worked/?fbclid=IwAR0X-zNskRUeaKkF1hcQT3aEa5jV1e3l9UCSbT4lsXExRUAoepTpQrzSvDU