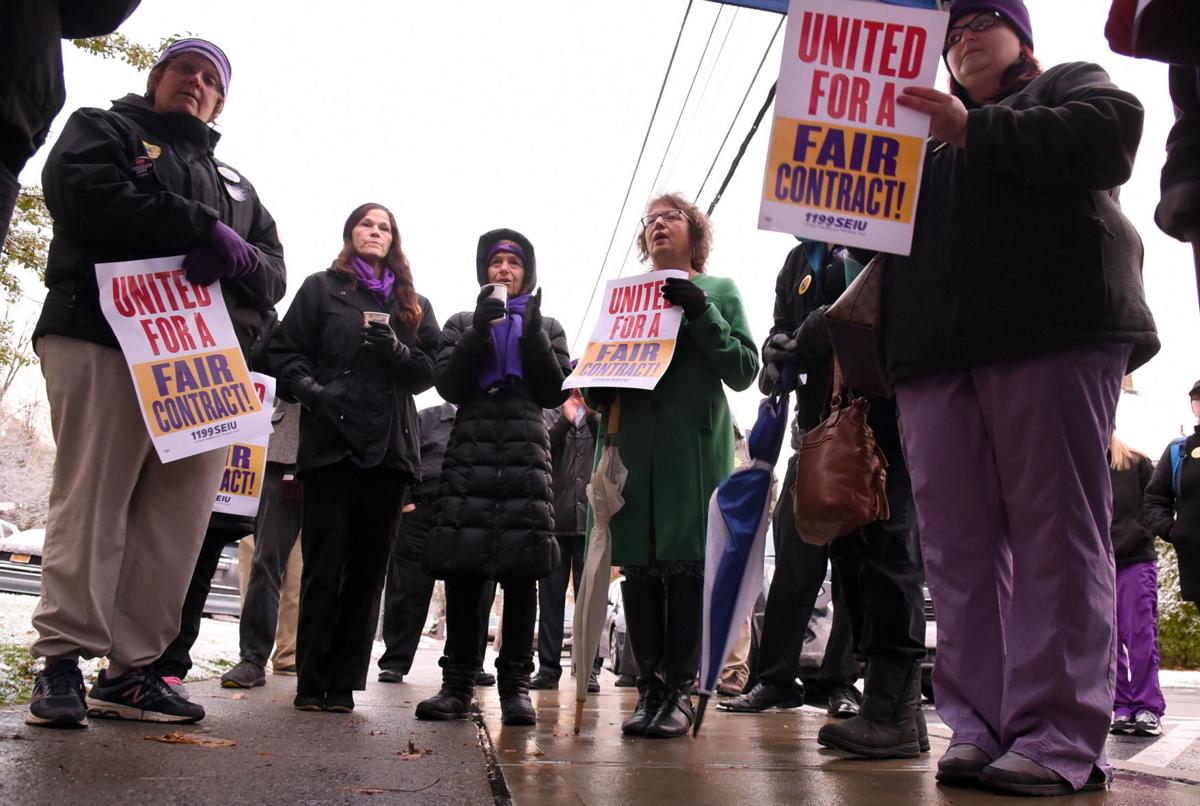 (AUBURN, NEW YORK)  - A new Health Care Union looking to get an agreement finalized with Auburn Community Hospital said its Members are not receiving fair wages or treatment.

The Union held a press conference in front of the Auburn Medical Building late last week to talk about their difficulty securing a contract.

A news release from the Union said Auburn Workers "made clear their desire to have a voice at work and the ability to negotiate a Union Contract to address issues with unfair wages, high turnover rates and disrespect in the workplace."

Bargaining for a first contract started in March 2019, the news release said, but an agreement has not been made.

The news release said one of the reasons why the conference was held was to announce the delivery of petitions signed by Union Members to demand "Union Rights and a fair contract."

Tiffany Fotopoulos, Administrator Organizer for the Auburn Bargaining Unit, said the Union has had 17 bargaining sessions with AMMS but feels "management is still unwilling to agree to basic Union Rights already recognized by the Auburn hospital."

Fotopoulos said some Union Members couldn't attend the event because they had to go to their second jobs "to make ends meet."  "Let that sink in: There's Members who couldn't be here today who had to work multiple jobs, which is not right, it's really not right.  Management needs to show their support to all Members and just help settle that contract now, work with us, if they care, if they really respect us," she said.

One of the speakers was RN Anne Bishop, who helped found the Auburn Bargaining Unit.  She said she feels the Union is simply asking for equal rights that all employees should possess.

"We deserve respect and dignity and a voice on our job.  We deserve recognition for the many years that we've committed to this organization and to this city's patients.  We voted to join 1199 to gain our job security and to get regular pay increases," Bishop said. "Instead, we're watching our Co-Workers leave time and time and time again."

To Continue Reading This Labor News Report, Go To: https://auburnpub.com/news/local/new-auburn-health-care-union-blasts-group-practice-hospital-over/article_848e11ff-117e-5c2d-923b-ba291912860e.html?fbclid=IwAR03vobmMdmnno0m3FcZrTbwruof1MBzRIJ8Twlcgr8eQUh9GsKPsIG7XrU#tracking-source=home-the-latest