Labor Perspective From Michigan House Of Representatives' Andy Levin: Solidarity Helped The UAW Win In Its GM Strike. Imagine If We Had More Of It. 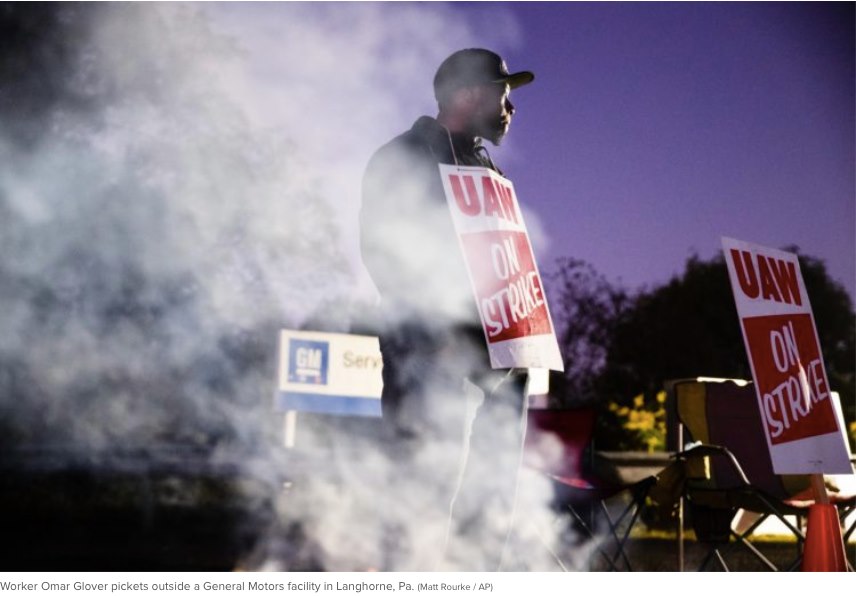 United Auto Workers (UAW) Employees were the clear winners in their Strike at General Motors (GM).

The Contract Workers ratified a new deal that includes improvements from the status of Temporary Workers to overall pay and benefits to keeping the Detroit-Hamtramck plant open to build electric pickup trucks.

Why did they win?

In a word, solidarity.

In many visits to various picket lines, I never heard of a single person breaking rank - that’s 49,000 Americans, diverse in every way, sticking together 100%.

Can you think of another example of that happening in our country, which everyone says is so divided?

Yet, it took a month of this incredible solidarity for the Workers to achieve what they did, and 44% of Production Workers and a third of Skilled Trades Workers still voted against the pact.

Despite the hard-won gains, GM will continue to use Temps, Workers will still toil for years instead of months to reach full pay, GM will still close several facilities, and its promises of jobs going forward are less precise and robust than in the past.

In this moment when unemployment is so low, the stock market so high and the recovery so long, why can’t Workers win more - and more easily?

First, America’s Labor Laws are so outdated that only 6.4% of Private Sector Workers have a Union today, compared to a third when we were building the world’s greatest Middle Class after World War II.

Employers can easily crush Workers’ attempts to Organize, without any meaningful deterrent.

Our largest employer, Walmart, has zero Unionized Workers among its 1.5 million Employees, despite the obvious gains they could make through collective bargaining.

Unionized Workers can’t win truly just wages and benefits when the vast majority of their fellow Workers neither have Unions nor a realistic hope of creating them.

We need to pass the Protecting the Right to Organize Act  so that the 48% of Americans who say they would like to be in a Union can make that happen.

Massive income and wealth inequality will not subside until we do.

Second, even though UAW pioneered the idea of pattern bargaining (winning very similar contracts at GM, Ford and Chrysler), the Union no longer represents critical mass of the workforce in the auto industry anymore.

To Continue Reading This Labor Perspective, Go To: www.freep.com/story/opinion/contributors/2019/10/31/gm-strike-uaw-andy-levin/2495975001/?fbclid=IwAR1dp6O0ipHUe021e926xeAFV6tygKB7Tzr-6yFoHwDjXxmr1jOqQf-Mv8Q