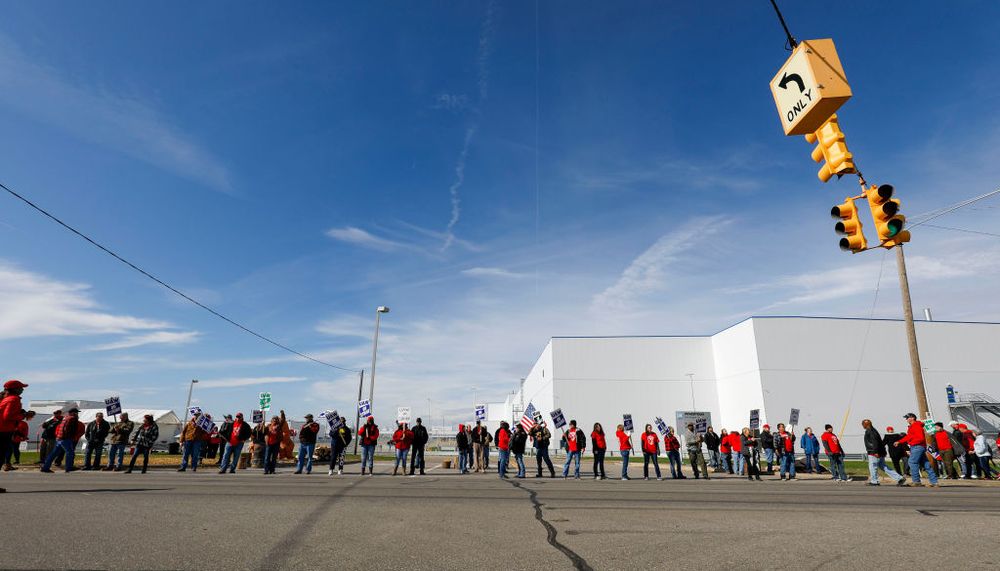 The tight Labor Market in the U.S. is leading to a shift in the balance of power between Labor and capital, giving more leverage to Workers.

This manifests itself in a variety of ways.

For instance, Workers are less reluctant to leave their jobs in search of better pay or working conditions.

This is showing up in the rate of Workers quitting their jobs at the highest level since 2001.

It also gives Unions the confidence to go on Strike in hopes of getting a better deal, as we've seen with the United Auto Workers (UAW) in its negotiations with General Motors (GM).

In this environment, the rationale for joining a Union hasn't looked this good in a very long time.

Who wouldn't want that?

There are, of course, tradeoffs with being in a Union: Loss of flexibility; Membership Dues; Contract negotiations with employers that can come up empty; and Periods without work in fallow economic times or during strikes.

But all else being equal, a good Union Job that lowers the risk of unemployment would be the best of both worlds for many Workers.

Employers on the other side of the negotiating table are understandably less keen on offering more in wages and benefits if they don't have to.

Every profit-seeking enterprise wants to keep costs as low as possible.

And for most of the past 50 years, employers haven't had to worry very much about Labor shortages.

Although full employment is hard to define, at most we had only a brief period of it in the late 1990s and then again perhaps in the past year or so.

With Labor readily available whenever it was needed for the past five decades, employers sought to lessen their reliance on Unions, and used the threat of hiring Non-Unionized Workers as leverage to keep work stoppages and pay increases to a minimum.

But there are signs in the data that conditions have changed.

Last year, more Laborers were involved in work stoppages than any year since the mid-1980s.

Through the middle of this year that trend had continued.

A way to think about the scale of the recently-concluded UAW Strike is that mass work stoppages in 2018 led to 2.8 million lost work days.

To Continue Reading This Labor News Story, Go To: www.bloomberg.com/opinion/articles/2019-10-21/this-looks-like-the-start-of-a-great-time-for-unions?fbclid=IwAR0gmYy5LS1Q6YfanS0W3MI-8i4jKIfYOE8lpMbe2io0UJ8Ihsr9jCe7wDU