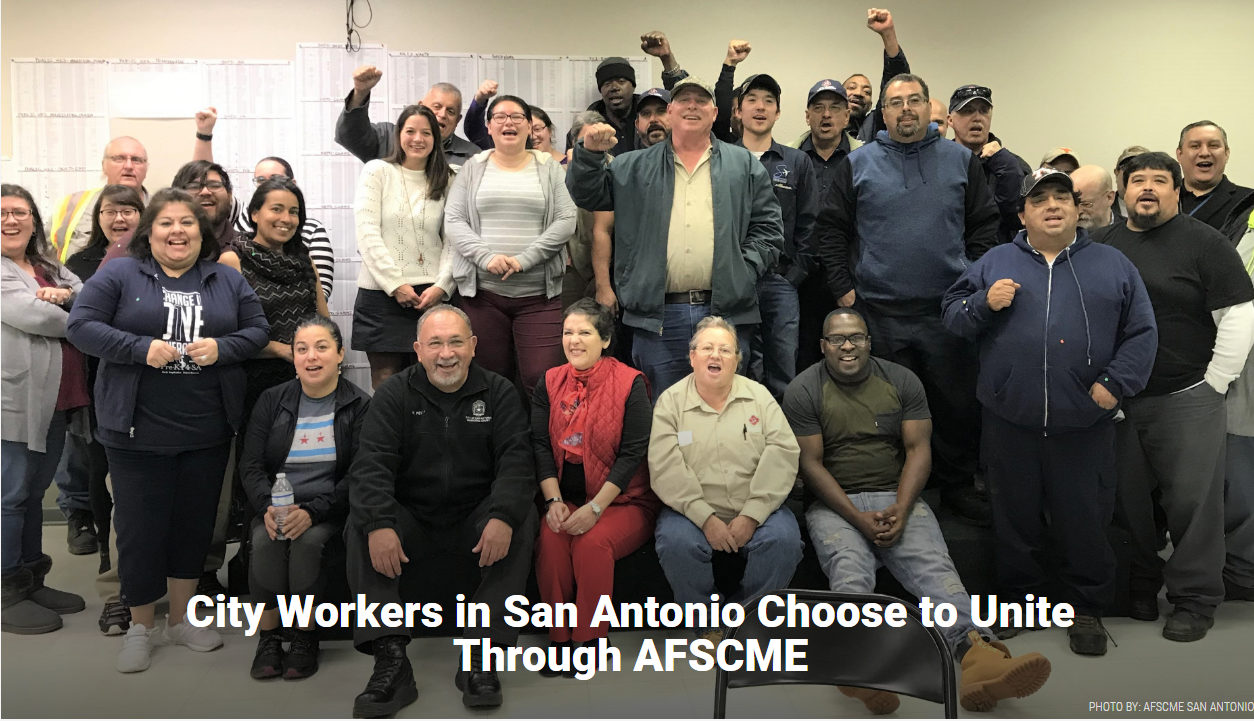 (SAN ANTONIO, TEXAS) – All 6,000 Civilian Employees for the City of San Antonio have chosen the American Federation of State, County & Municipal Employees (AFSCME) to represent them in talks with management, according to just-released Union Election results.

In a resounding vote of confidence, Workers in the Skilled Craft and Technician Job groupings chose to unite with 4,600 of their Sisters and Brothers who had previously chosen AFSCME San Antonio.

“We ‘chose’ AFSCME San Antonio ‘because when we are united, we can win the changes we need in the step pay plan and end wage compression,’” said Homer Perez, an Employee for City of San Antonio Public Works.

Over the last year, City of San Antonio Civilian Employees have gradually transitioned from SEIU Texas to AFSCME San Antonio.

Every three years, Civilian Employees select representatives to sit at the table with management.

This was the first year that AFSCME competed for and won seats previously held by Service Employees International Union (SEIU) Texas.

To build support for AFSCME over the last year, Members mobilized around making changes in the budget and held sticker actions to demonstrate their unity in support of a real Cost of Living Adjustment (COLA).

Civilian Employees in San Antonio are committed to speaking with one unified voice at the Employment Management Committee and they want to focus on issues such as improving the Step Pay System so that experienced Workers are adequately rewarded.  They also want to secure regular COLAs for all Employees, as well as holding the line on health care costs and creating a fairer and safer workplace for all Employees.

To Directly Access This Labor News Report, Go To: www.afscme.org/now/city-workers-in-san-antonio-choose-to-unite-through-afscme