It Was About More Than Money: What The Chicago Teachers' Strike Was Really About 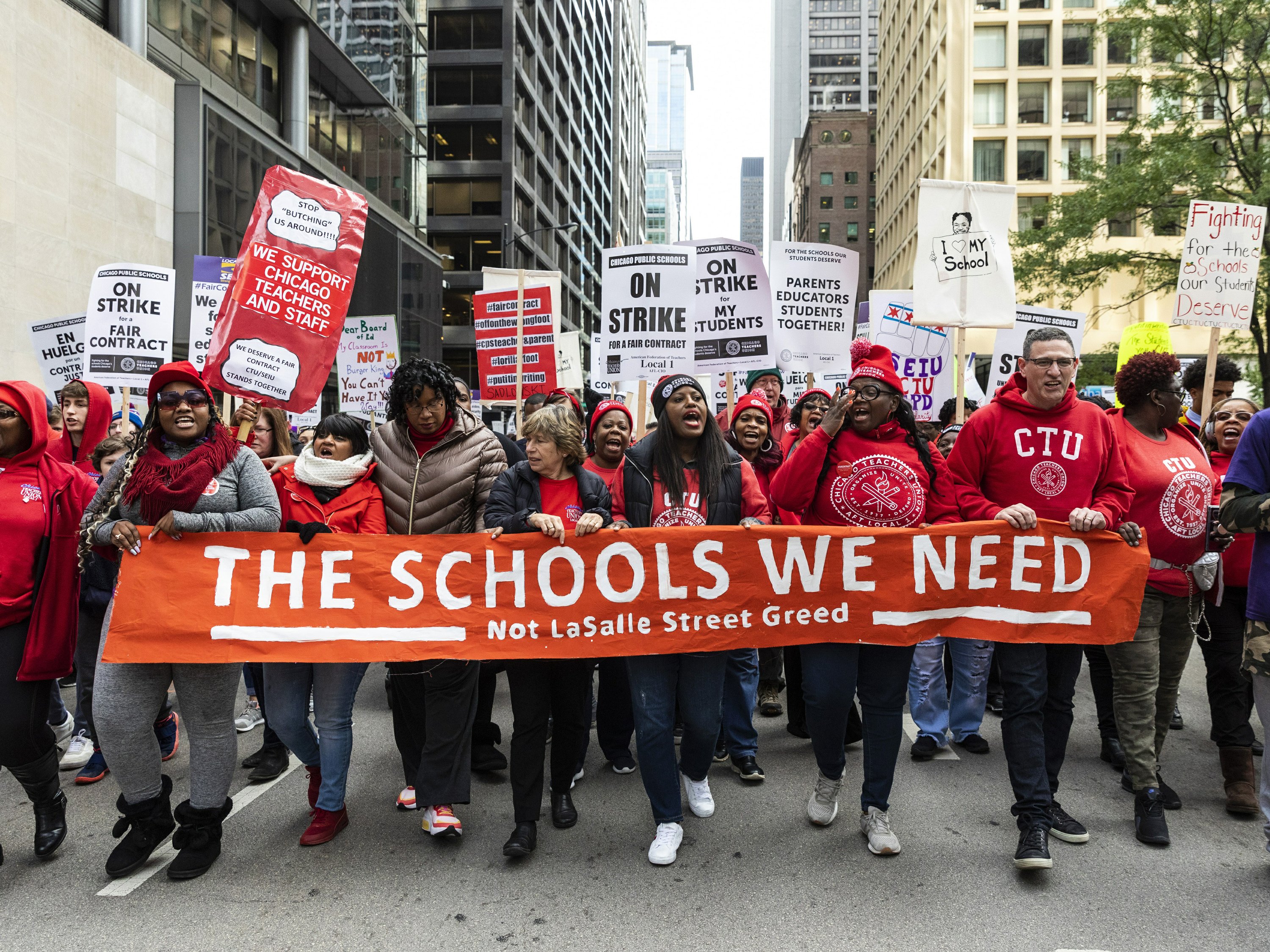 (CHICAGO, ILLINOIS) - Three-hundred-thousand students are back in Chicago's Public Schools (CPS) after the city's 25,000 Unionized Teachers recently ended their Strike in the Nation's third-largest school district.  Like most Workers who make the decision to walk off the job, the Teachers wanted a raise, but money was only part of the story.

Looking back, here are some of the major issues that prompted Teachers to walk:

The city had offered 16% raises for Teachers over a five-year contract and called for the Teachers' health care costs not to increase for three years.  The city said that was a pretty good deal for Teachers, whose starting annual salary of just under $53,000 was higher than the salary for Teachers in any other school district in the state.  But the Chicago Teachers Union (CTU), which asked for a 15% raise over three years, says its analysis showed Teachers at the end of the contract would make about $15,000 less than the city says they would.  The CTU also said the contract left unclear just how much health care costs would increase during the final two years.

At first blush, it seemed like a pretty good deal: A 16% raise over five years - but the CTU saw a potential trap.  If they took the raise, Teachers said they would lose negotiating leverage as they demanded more School Nurses, Social Workers, Librarians and smaller classrooms - because those were not the kinds of things they could legally Strike over.  The Union knew about the city's vow to add at least 200 Social Worker positions and at least 250 full-time Nursing positions, but had made it clear that the only way to make sure the city followed through on its promises was to put it in writing in the new contract.

The city wanted nothing to do with adding staffing requirements to the Collective Bargaining Agreement, saying it would make it tougher for principals to run their individual schools because it would require them to use a chunk of their budgets to fill those positions at the expense of the "needs and desires of the local community or school."

But the CPS and city announced a willingness to write into the contract language that would address class sizes and staffing issues.  That's was good news to the Union, which made it clear that any deal must address staffing shortages and overcrowded classrooms.

It depends on who you ask.

The CTU estimated that a quarter of the city's elementary school students are in overcrowded classrooms.

That disagreement was partly why the Union wanted a contract provision that called for Teachers to receive an extra $5 a day per student whenever their classes exceed the mandated size limit.

The district countered that would require the hiring of another 1,150 Teachers and 1,000 Teacher Assistants at a cost of at least $225 million - annually.

There was no disputing the fact the school district needs more people on those jobs.

According to the CTU, about one-fifth of the district-run schools have Librarians.  And as scarce as they are citywide, the Union said they are even harder to find in schools where most students are Black.

As for Nurses, both the CTU and the school district agreed that many more are needed, though they could not agree on how many are currently working in the district.

The Union wanted contract language that spells out that people will only be asked to do the jobs for which they are hired.

It also expressed concern about the number of students currently assigned to Counselors and about various roles Counselors are expected to fill, including as Substitute Teachers and lunchroom help.

Like other City Employees, Teachers are required to live in Chicago and the Union said that if Police Officers and Firefighters receive housing subsidies, they should also get them.

The CTU wanted language in the contract that would call for the school district to provide housing assistance for new Teachers and others, and to help students' families who are at risk of losing their housing.

Mayor Lori Lightfoot had agreed affordable housing is an important issue, but a collective bargaining agreement between the Teachers and the city wasn't the place to solve it.