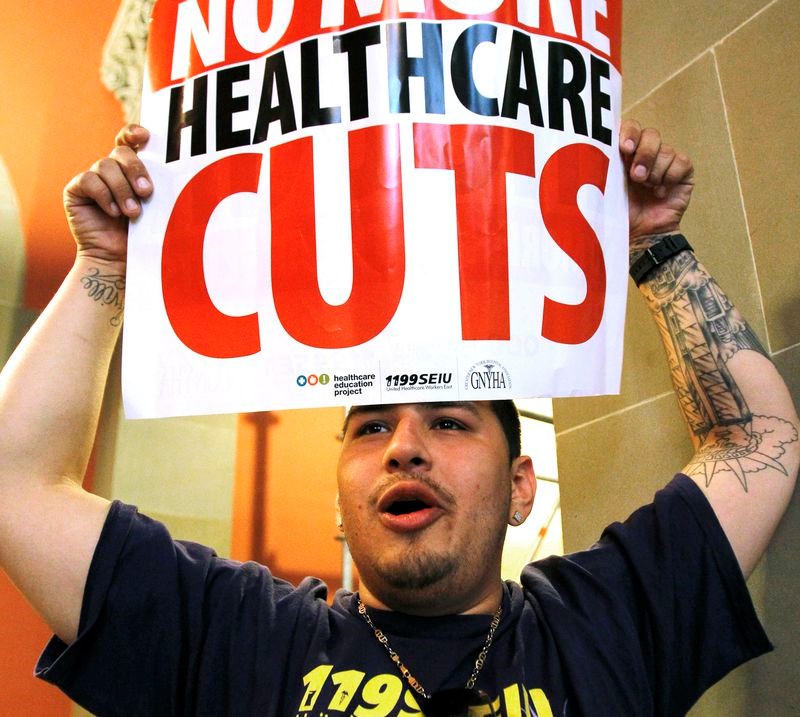 (ALBANY, NEW YORK) - Caregivers and Union Officials are up in arms over changes to Nursing Home Medicaid Reimbursement Rates slated to go into effect this week.

Advocates and Members of 1199 Service Employees International Union (SEIU) rallied Monday (November 4th), arguing the cuts will jeopardize jobs and resources and could affect the quality of care for thousands of nursing home residents across the state.

“It is not news that short-staffing is already a major problem at nursing homes everywhere,” said 1199 SEIU Member Crystal Perry, a Licensed Practical Nurse (LPN) at Glendale Nursing Home in Upstate Schenectady.  “A few weeks ago there weren’t enough (Certified Nursing Assistants) or LPNs on the floor when a resident fell.  To add insult to injury, we all had to leave the residents we were with and address the emergency situation.  How will our nursing home be able to sustain any more cuts?  It is clear who suffers.”

A coalition of Nursing Home Organizations have filed a lawsuit in Albany County State Supreme Court against the Department of Health (DOH) alleging the funding cuts violate Federal and State Laws, and pose an immediate threat to nursing home residents and Employees.

The groups want a Judge to place the rate cut on hold while the suit is decided.

“With the stroke of a pen, the State has unilaterally and retroactively ignored the needs of thousands of vulnerable New Yorkers and imposed an annualized cut of ($352 million) on its nursing home rates to providers," said Dan Heim, the Executive Vice President of LeadingAge NY - a group representing more than 500 not-for-profit nursing homes and providers. “A cut of this magnitude will directly jeopardize access to quality resident care.”

A DOH spokeswoman said the change in the method used to reimburse nursing homes statewide was included in the budget as a way to ensure nursing homes are paid “accurately and fairly,” noting that the annual cost of caring for the 80,000 New Yorkers served is approximately $6 billion.  The spokeswoman added that the agency "does not expect this change to result in any disruption to nursing home residents and the care they receive and is reviewing the court case.”

To Directly Access This Labor News Story, Go To: www.nydailynews.com/news/politics/ny-union-members-advocates-medicaid-nursing-homes-cuts-funding-20191105-n3utnkrre5eavp6t4ylwjmklhu-story.html?fbclid=IwAR1-quEHLWF_sYLacmHfuqR8mDPhpA4-Q2OBYM6OawJMs_kfMKL9DHr3WKY