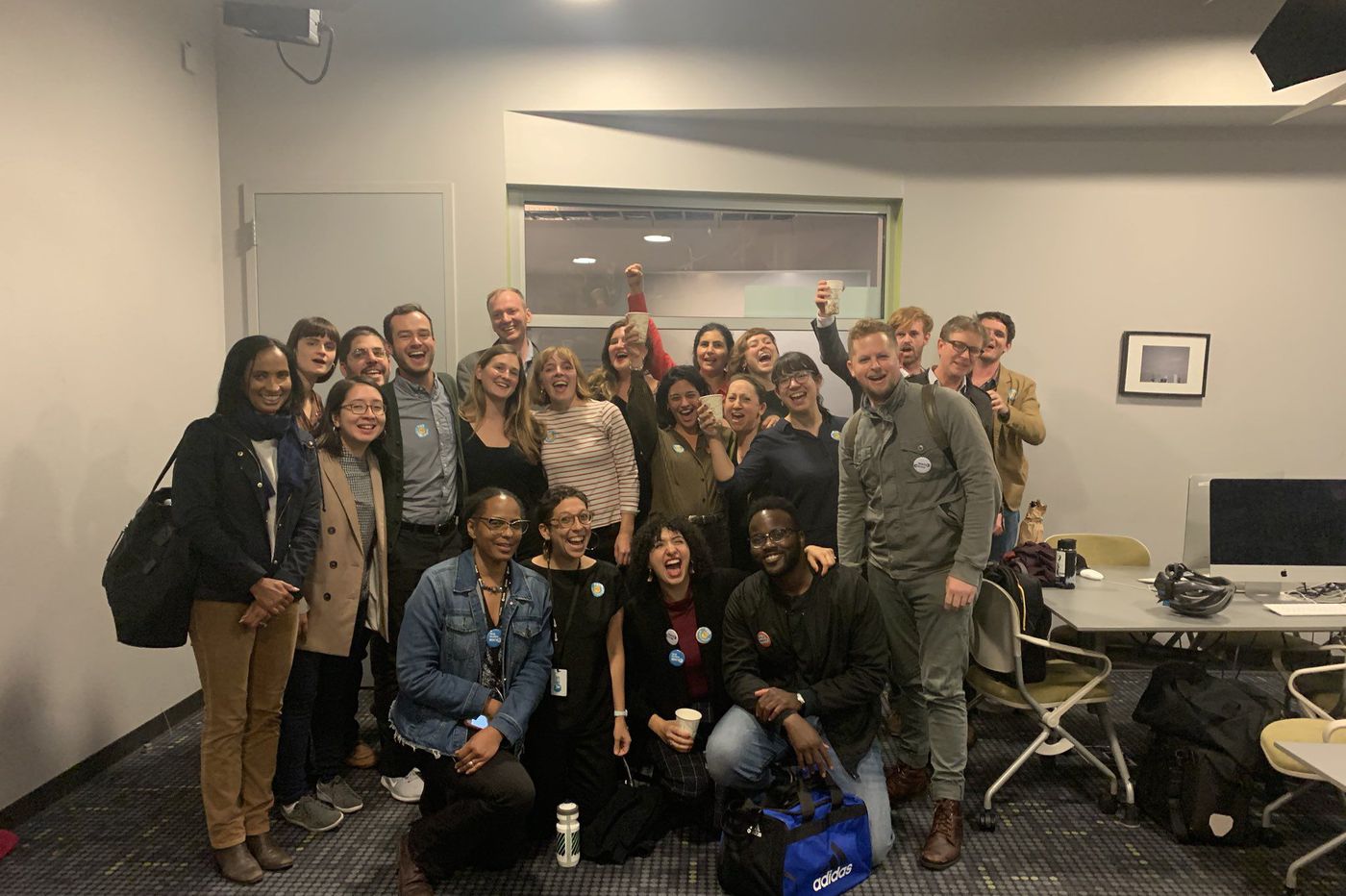 (PHILADELPHIA, PENNSYLVANIA) - Journalists and other Content Producers at Philadelphia’s Public Radio Station WHYY have voted 70-to-1 to Unionize with Screen Actors Guild‐American Federation of Television and Radio Artists (SAG-AFTRA) - a Union that represents more than 160,000 Media Workers, including those at National Public Radio (NPR) and other public media stations.

“We’re thrilled by our strong showing,” the Union said in a statement. “We look forward to beginning a democratic process to hear from our Members about what they would value most from a contract with management.”

Now that the Union is official, the next step is negotiating the first Collective Bargaining Agreement, the contract for the entire Union.  It’s an important period as it sets the stage for future contracts and the relationship between the Union and management.

WHYY CEO Bill Marrazzo said he was not concerned about any changes that the formation of a Union might bring to the station: “WHYY is not for or against Organized Labor and we respect our Employees’ right to seek Unionization.”

WHYY Workers recently went public with their intent to Unionize, citing “untenable working conditions” that they say have led to high turnover at one of the only growing local media outlets in the region.  “We want to be able to stay and build our careers at WHYY without sacrificing our well-being," read a petition signed by 80% of workers in the proposed unit.

Their Union Campaign comes during a year that’s on pace to be the worst for job loss in the media industry in a decade.

It’s also part of a wave of Unionization at news organizations of all kinds - newspapers, digital outlets, public media stations, and podcasting companies.

In the last month alone, Journalists at the Arizona Republic voted to Unionize, while those at NBC News Digital and The Miami Herald asked management to voluntarily recognize their Union.

Representatives of the WHYY Union declined to elaborate on reasons for Unionizing, saying that they preferred to discuss the issues while negotiating their first contract - but Media Workers across the country have said they Unionized to fight for pay equity, benefits like paid parental leave, and other job protections in an industry rife with layoffs and consolidation.

WHYY CEO Marrazzo’s salary, which was more than $760,000 in 2018, according to WHYY documents, has been a sticking point among both Employees and consumers for more than a decade.

Marrazzo’s compensation is well above that of his peers at comparable NPR affiliates, except for at WNYC, a much larger operation that had over $97 million in revenue last year compared with WHYY’s nearly $39 million.

The WNYC chief executive was paid about $1 million in 2018.

To Continue Reading This Labor News Story, Go To: www.inquirer.com/business/whyy-union-vote-passes-philadelphia-public-radio-sag-aftra-20191030.html?fbclid=IwAR19-I73i61QwePOIFWFGwoenYnsi8g8TVIAYx8Vw7RgO-nb-OW6Agp02Y8