'Talk About Direct Action Getting Results:' Bankrupt Blackjewel Agrees To Pay More Than $5 Million To Laid Off Coal Miners Who Blocked Train Tracks 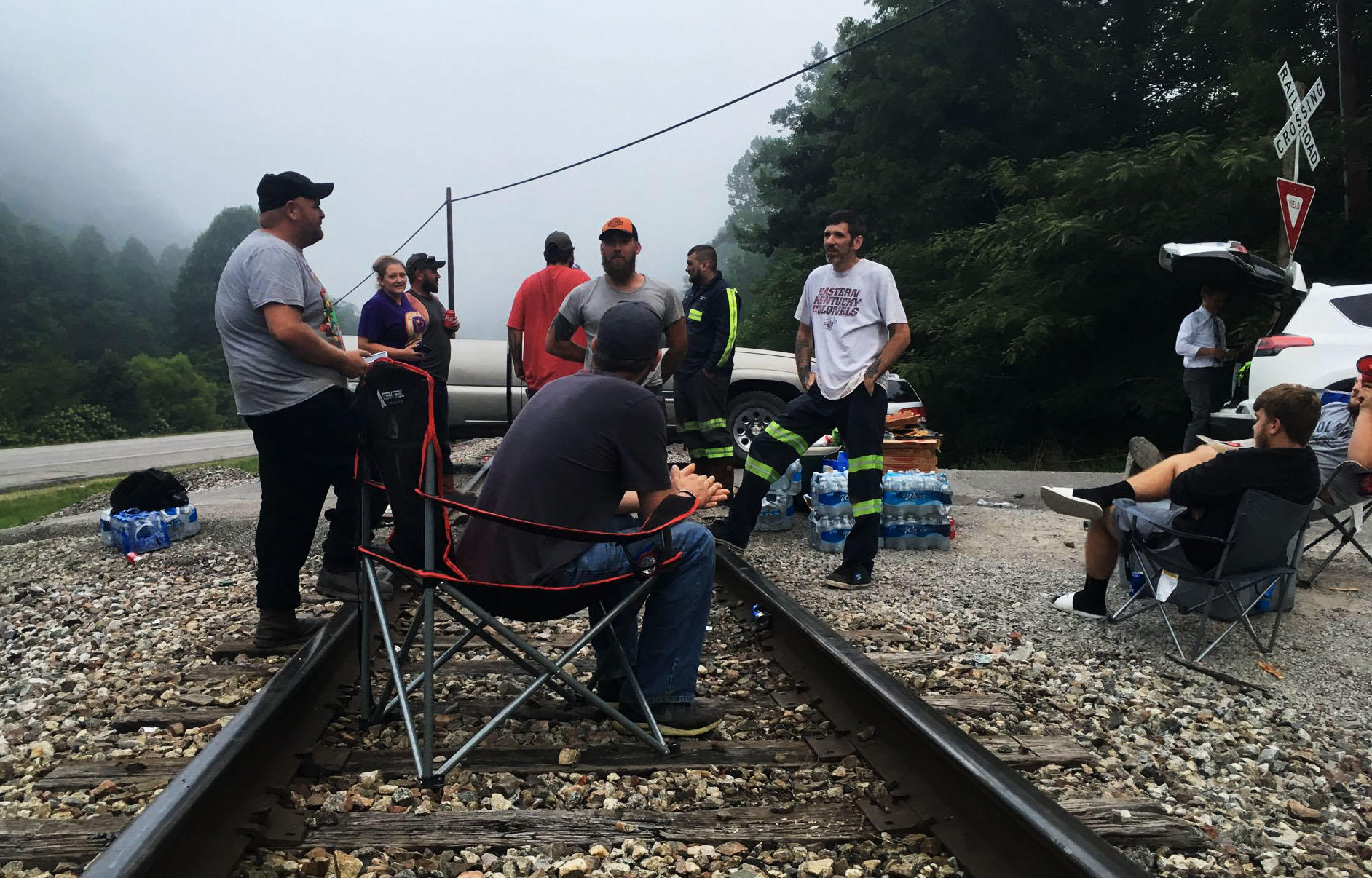 (HARLAN COUNTY, KENTUCKY) - Progressives are highlighting the power of direct action following a series of Federal Court settlements that will provide Coal Miners who blocked train tracks in Kentucky for nearly two months this Summer to protest against unpaid wages from their bankrupt employer, Blackjewel LLC, with more than $5 million in back pay.

Congratulating the laid off Coal Miners on their victory, longtime Labor Advocate and 2020 Democratic Presidential Candidate – U.S. Senator Bernie Sanders (Independent-Vermont) tweeted: "When Workers stand together, fight back, and demand an end to corporate greed - they win."

In August, Sanders sent 18 pizzas to the protesters and, while visiting Kentucky, called out Republican Senate Majority Leader Mitch McConnell for ignoring the laid off workers. McConnnell has represented Kentucky in the Senate since 1985.

Sanders' tweet came in response to Washington Post Journalist Jeff Stein, who commented: "Wow, talk about direct action getting results," and shared a report about the court settlements.

According to The Associated Press: Agreements filed in U.S. District Court will pay out nearly $5.5 million in back pay to Miners from Blackjewel LLC's eastern mines.  The checks from over the Summer bounced when Workers tried to cash them, prompting several Miners in Kentucky to protest by blocking coal shipments in Harlan County.

While laid off Miners physically blocked tracks, the AP noted that the U.S. Department of Labor "had taken steps to prevent Blackjewel from moving thousands of tons of coal.  The department alleged the coal violated the Fair Labor Standards Act, which prohibits the transportation of goods if the Workers who produced them had not been paid."

Ned Pillersdorf, a Kentucky Attorney representing some of the miners, said "when wage earners are trespassing and blocking tracks, the government usually comes in against them.  And here the government came in with guns blazing in favor of my clients, and it took a while but I'm really appreciative of all they did to help my guys."

Jeffrey Willig, a 40-year-old Miner who helped start the protest in Kentucky, told The New York Times that he was surprised the train blockade garnered media attention and support from across the globe.

"We were trying to get our point across: You delay our pay, we'll delay your train," he explained. "We just thought we were going to be five guys blocking a train - it was going to be local news and that was it."

Willig was "really happy" about the settlements: "It's the whole reason we took our stand.  We just wanted the money that we worked for."

To Read This Story In Its Entirety, Go To: www.commondreams.org/news/2019/10/25/talk-about-direct-action-getting-results-bankrupt-blackjewel-agrees-pay-over-5?fbclid=IwAR2g69x8WR05NTGuRJUaC_h5FTGg85j4KFpYwk_ra5aj6rrfuFeOaTk4ABU