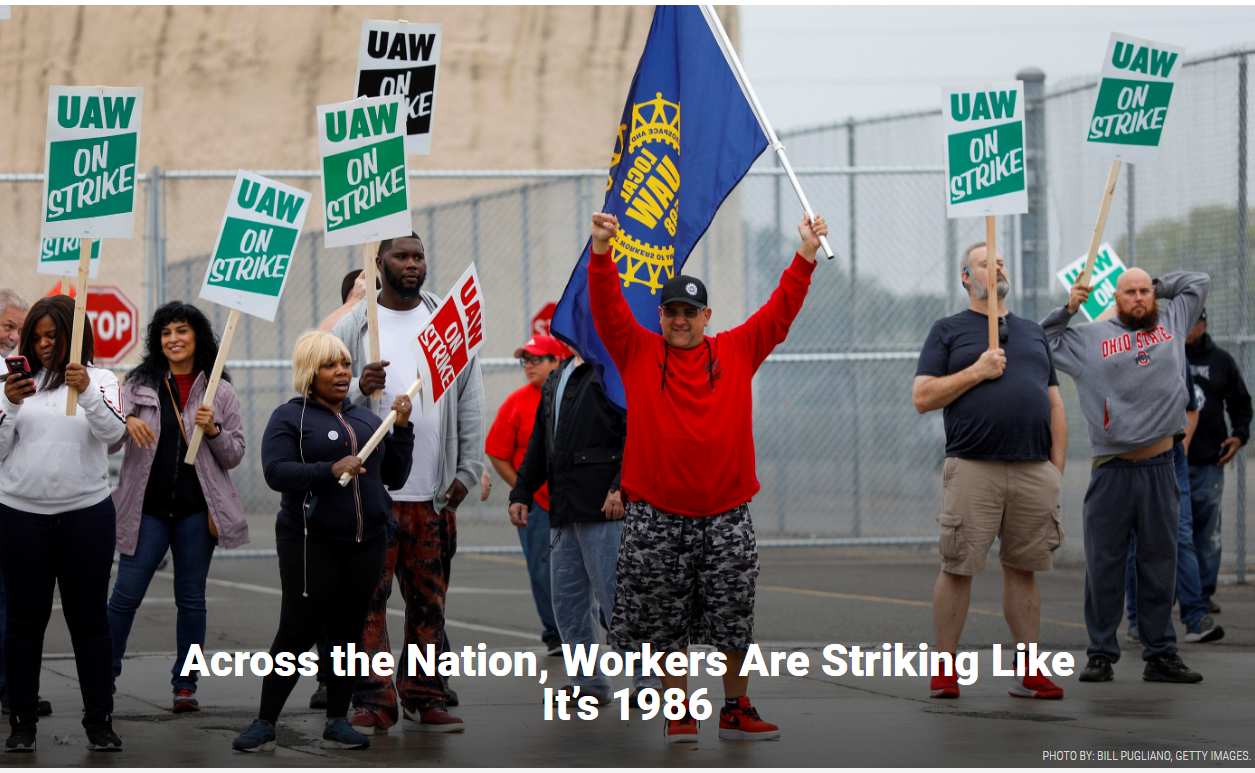 Last year, nearly half a million Workers went on Strike across the Nation, the largest number since 1986, when the country’s union Membership Rate was considerably higher (17.5%) than it was in 2018 (10.5%).

This year, while the official numbers aren’t out yet, the momentum is anything but slowing down.  Take these two examples: the recently-ended 40-day Strike at General Motors (GM) was the largest in the private sector in 20 years and the longest at GM since 1973 - and the just-ended Educators’ Strike in Chicago that Involved 26,000 Teachers And 8,000 Support Staff Workers.

As some journalists have pointed out, there is real momentum behind these numbers.

“Autoworkers, Teachers and other Workers accepted austerity when the economy was in a free fall, expecting to share in the gains once the recovery took hold,” writes Noam Scheiber of The New York Times.

In addition, the renewed activism points to a broader awakening among Workers and Working Families in our country.

As American Federation of State, County and Municipal Employees (AFSCME) President Lee Saunders has pointed out, we’re living a “movement moment” in which Working People are recognizing that it’s up to us to look out for ourselves and each other.

The momentum behind Workers and their Unions is also reflected in failed attempts to undermine their voice and their power.

After wealthy corporations, individuals and dark-money groups scored a win at the Supreme Court in Janus v. AFSCME Council 31 in 2018, many predicted the worst for Public Service Unions - but, in fact, the opposite happened, with most Workers choosing to stick with their Unions.

It is perhaps why Union popularity is at its highest in half a century, with nearly two-thirds of Americans approving of Labor Unions.

Earlier this year, all 19 Presidential Candidates who participated in the AFSCME Public Service Forum vowed that, if elected President, they would support a Federal Law to expand Collective Bargaining Rights for Public Service Workers across our country.

Real change will come when we make it easier, not harder, for Workers to form Unions.

And, it must happen at the highest levels of government.

To Directly Access This Labor News Story, Go To: www.afscme.org/now/across-the-nation-workers-are-striking-like-its-1986