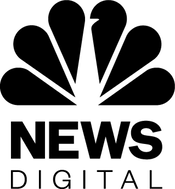 (NEW YORK CITY) - Editorial Employees of NBC News Digital have announced an overwhelming majority of its Staff have joined the NewsGuild of New York, The News Guild (TNG)-Communications Workers of America (CWA) Local 31003.

With 75% of the workplace signed on to the effort, the Editorial Staff has requested voluntary recognition of the NewsGuild of New York as their Collective Bargaining Representative in a letter presented by a delegation of Staffers last week.

NBC News has come under heightened scrutiny in recent weeks in the wake of accusations that executives have killed major stories and failed to respond properly to internal harassment allegations.

The Digital Staff’s Organizing Campaign, which was originally sparked by similar accusations against the network in 2017, seeks to directly address issues like Workplace Safety and to secure a protected voice for Journalists inside 30 Rock.

“NBC News is a storied name in journalism and we all feel proud to be a part of it,” Data Journalist Nigel Chiwaya said. “Forming the NBC News Guild is our way of protecting the legacy for everyone here now and for those who will come after us.  We are organizing to make our newsroom stronger and safer for all.”