For The First Time In More Than 25 Years, CSEA Has A New President - Following The Retirement Of Long-Time President Danny Donohue, Executive VP Mary E. Sullivan Is Sworn-In As President Of The Statewide Public Employees Union 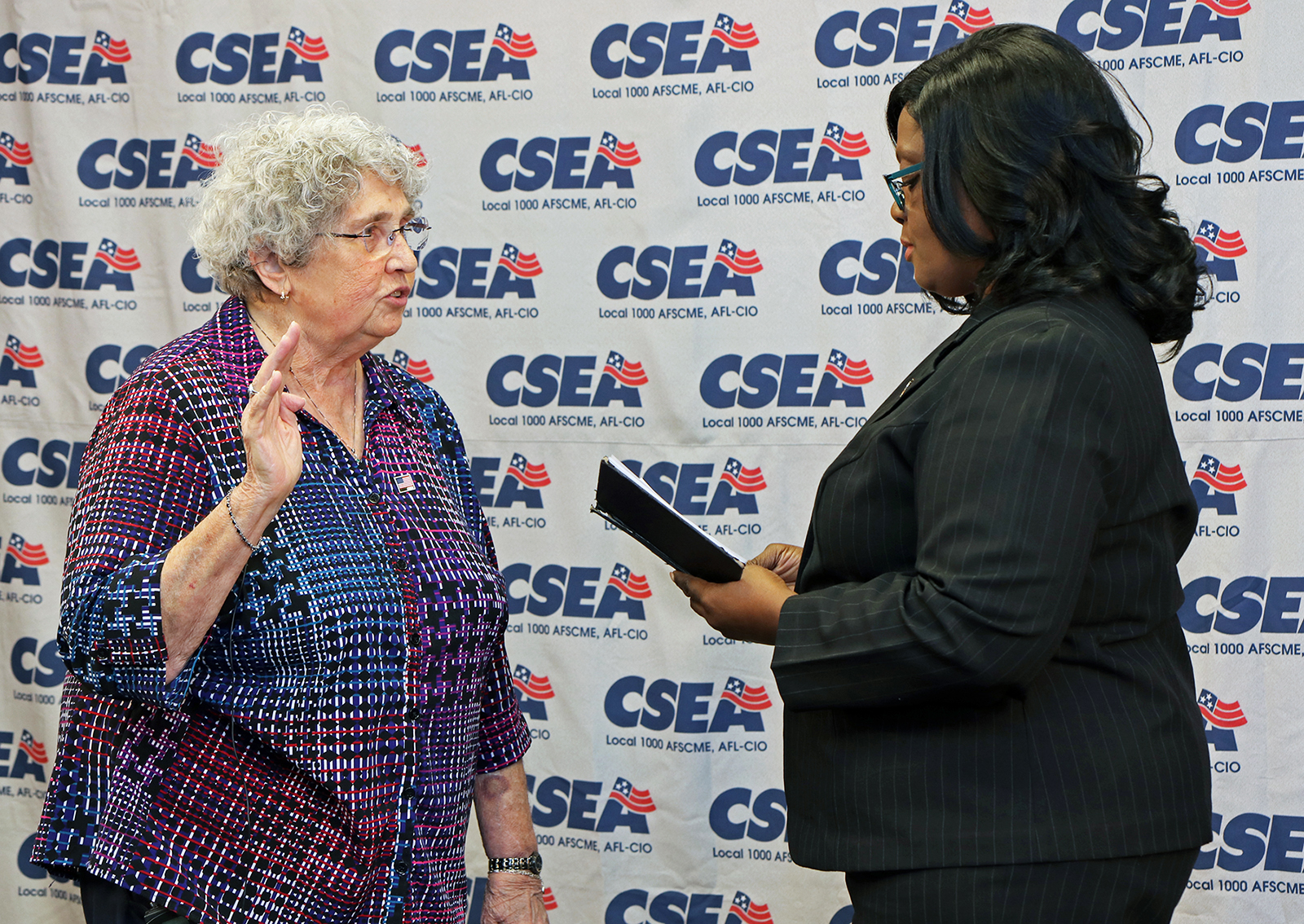 (ALBANY, NEW YORK) - For the first time in more than 25 years, the Civil Service Employees Association (CSEA), one of New York’s largest and most influential Labor Unions, has a new President at its helm.

Sullivan has been a Union Activist for more than 35 years, starting her career as an Employee of the Herkimer County Department of Social Services, and advancing through the Union ranks, serving at the local, regional, and statewide levels.

Sullivan first held statewide office when she was chosen in 1986 by CSEA’s statewide Board of Directors to fill a vacancy as Treasurer of the Union.

Sullivan was elected Executive Vice President in 1994, serving in that role for the past 25 years.

With her ascension to President, Sullivan becomes the first CSEA Activist from a local government municipality to become the Union’s statewide President.

Sullivan is also only the second woman to fill the Union’s top spot.

“I’m proud to be leading our great Union forward as president,” Sullivan said. “Under my leadership, we will build on our many accomplishments, be even more inclusive, and even more engaged with our Members.”

CSEA represents 300,000 Members who are employed in a variety of state, county, municipal, school district, child care and Private Sector jobs.  The Union is the largest affiliate of the American Federation of State, County, and Municipal Employees (AFSCME).