Recognized For âMore Than Just Delivering The Mail,â The National Association Of Letter Carriers Honors Its âHeroes Of The Year,â Including Buffalo Branch 3 Letter Carrier Theresa Jo Belkota Of Lewiston, New York 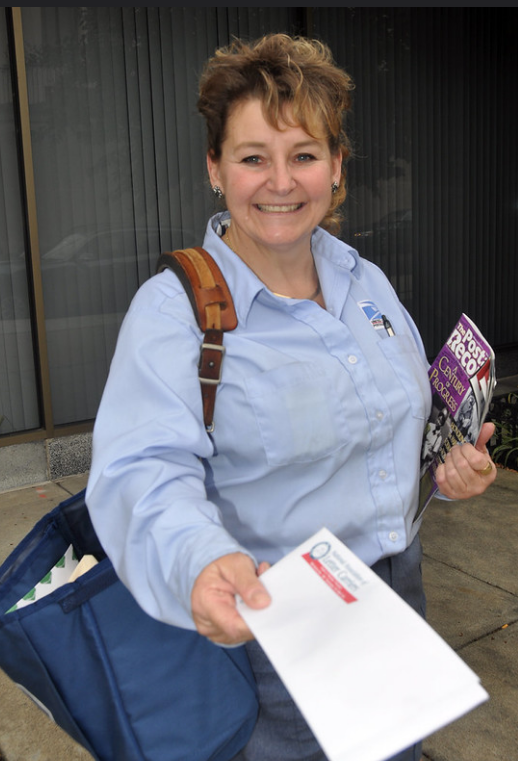 (WASHINGTON, D.C.) - The National Association of Letter Carriers’ (NLAC) 2019 Heroes of the Year were honored for more than just delivering the mail.

The Union-represented Letter Carriers who were recognized on Wednesday (October 30th) by NALC President Fredric Rolando at a special luncheon in Washington, D.C. saved people from car accidents or home fires, helped rescue a teenager who had been abused for months by her captors or turned a personal tragedy into a campaign to help others.

Among NALC’s Heroes of the Year was the Eastern Region Hero of the Year - Buffalo Branch 3 Member Theresa Jo Belkota (Pictured Above/NALC Photo) of Lewiston (Niagara County), who aided a seriously injured boy who’d been run over by a lawn mower.

Belkota heard screams of “call 911!” from her cousin’s yard next door, according to a story published by Press Associates Union News Service, which covered the NALC Heroes of the Year event.

Belkota’s cousin’s husband had, while backing up his lawn mower tractor to avoid hitting two of his kids, ran over 10-year-old Gavin, whom he didn’t see in back of him.

With no medical training, Belkota tied her shirt around Gavin’s leg to stop the massive bleeding, a technique she learned from watching a TV police show.

After being medevacked, Gavin had to have his foot amputated, but doctors saved his leg.

Ivan Crisostomo of Sacramento, California was recognized as the 2019 Special Carrier Alert winner.  Crisostomo spotted a young girl hiding behind a tree on his route and, after some discussion, learned that she had just fled her kidnappers, who were searching for her.  He remained with her until Emergency Responders arrived.

Mitchell Rivas of Berea, Ohio received NALC’s Humanitarian of the Year Award.  His Maryssa’s Mission Foundation - set up after his 28-month-old daughter died from congestive heart failure, has helped thousands of families.

The National Hero of the Year Award went to Austin Rentz of Waterloo, Iowa, who rescued a woman from a house fire before Firefighters arrived.

Several other carriers were also recognized as heroes.

Michael Musick of Bellflower, California, who helped save two fellow Letter Carriers struck by an out-of-control car, was the Western Region Hero of the Year.

The Central Region Hero of the Year - Mark Schuh of Princeton, Indiana, saved a man and his beagle from an aggressive pit bull.

The award winners represent thousands of letter carriers who not only deliver the Nation’s mail six or even seven days a week, but often assist in situations involving accidents, fires, crimes or health crises, or improve the communities in which they work, Rolando said.

To Directly Access This Labor News Story, Go To: www.nalc.org/community-service/carrier-heroes