How Does Union (Represented) Made Pizza Sound? In Portland, Oregon - Workers Want To Serve A Fair Slice 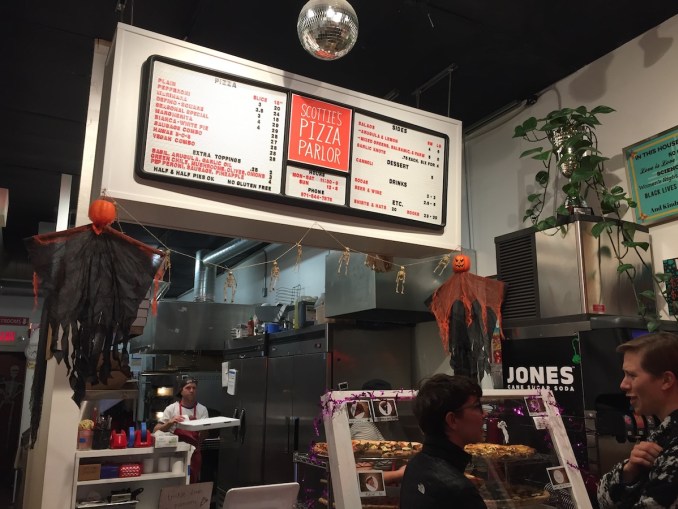 (PORTLAND, OREGON) - In September, all 13 Workers at Scottie’s Pizza at 2128 Southeast Division Street in Portland signed a petition announcing their decision to Unionize with the Industrial Workers of the World (IWW), whose Members are known as Wobblies.

Then, in late September, half of them delivered the petition to Owner Scottie Rivera - and found him happy to recognize the Union.

It wasn’t a big surprise.

When Rivera opened the parlor in 2015, he won acclaim for paying Employees at least $15 an hour – and his business also provides health benefits, free shift meals and beverages, and an annual stipend for safe work footwear.

And the walls inside the restaurant’s tiny dining area are covered with political posters and framed photos of Lefty luminaries.

“The general attitude among Workers in the restaurant industry is that it’s impossible to have a Union,” says Scottie’s Employee David Adams, “but we think Workers need to be represented and have a voice in decisions that are made in the restaurants where they’re living their lives.”

Rivera and the Workers expect to negotiate a first Collective Bargaining Agreement in the coming months.

Adams says Workers hope it will serve as an example to other pizza enterprises.

“We want to show that you don’t have to exploit and manipulate,” Adams said. “You can have a relationship with your Workers that will make your business stronger.”

To Directly Access This Labor News Story, Go To: https://Nwlaborpress.Org/2019/10/Union-Made-Pizza/?Fbclid=Iwar1buxvh8otktvbfmpcfauw4mf0ypxrsrcbfqchwlai1rt-Bd69WCAO6Y-A