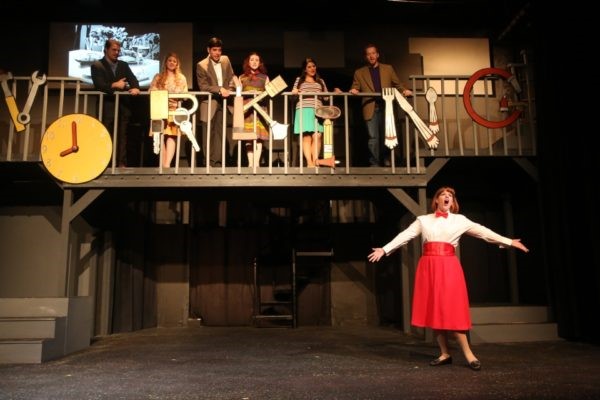 (NEW YORK CITY) – New York City’s Working Theater celebrates its 35th year of producing plays for, about and with Working People - with its deep connections in the Labor Movement, striving for positive representations of Working People on its stages.

Some of their most acclaimed works have been La Ruta, which was an immersive theater experience staged entirely inside a trailer truck - and Hold Please, a story about complex office politics and power struggles between two generations of Administrative Assistants.

The Theater and Labor communities have had a long history of bringing together the needs of Workers with the arts.

The movement began in American Theater in the 1920s to address issues about the Working Person by truthfully telling their stories.

The plays themselves were captivating, moving and occasionally frustrating pieces that explore the possibilities of the Workers’ Movement.

This season’s off-Broadway show is focused on themes of immigration, migration and making a home in the United States - a topic that is very poignant and at the forefront of our society today.

The company’s milestone season includes Border People (premiering off-Broadway and touring the five boroughs) and Best of TheaterWorks!, an off-Broadway production of some of the best plays written by Union Members over the last 19 years.

Next up, Working Theater is sharing a sneak peek and information session about their upcoming season, with a light breakfast, on November 12th at 8:30 am.

For more information and to RSVP, e-mail: tricia@theworkingtheater.org

To Directly Access This Labor News Story, Go To: http://laborpress.org/working-theater-where-workers-voices-take-center-stage/