Women In Building Trades Are Ready To Kick Open Doors 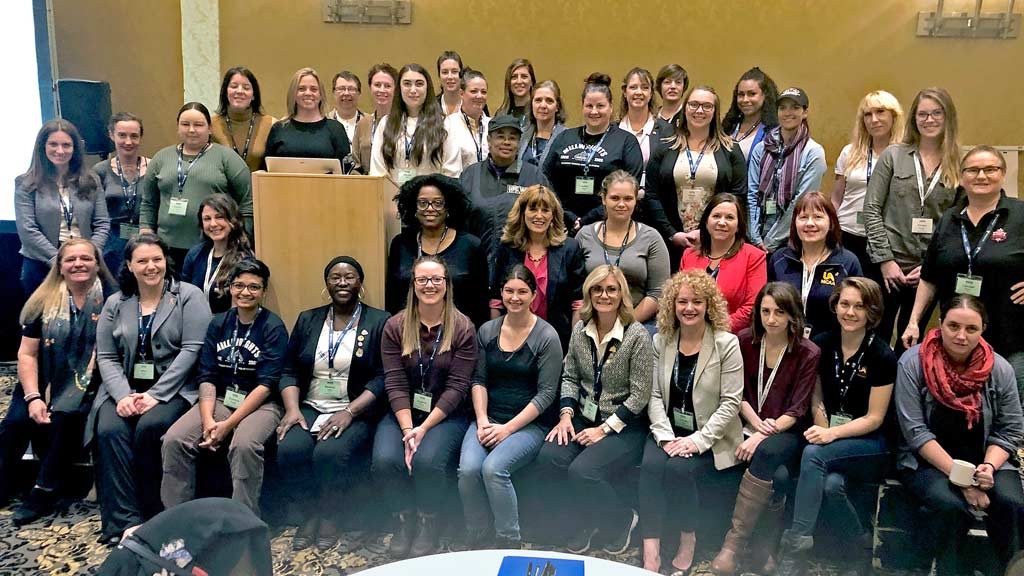 (NIAGARA FALLS, ONTARIO/CANADA) - Participants in the first ever Building Trades Women’s Conference - which was held at the Fallsview Hilton Hotel in Niagara Falls in mid-October, Ontario/Canada, say they are “ready to kick open the doors of discrimination in the construction sector.”

Some 55 women in the Skilled Construction Trades participated the conference that was held by the Provincial Building and Construction Trades Council of Ontario - and just two days afterward, their resolution demanding a seat at the table alongside the all-male executive board members of the Building Trades was passed by delegates attending the annual convention.

The resolution was altered from the one drafted at the women’s conference - that there will initially be a standing committee on women’s issues with a representative invited to attend executive board meetings as a “resource person,” rather than with status as a full board member, for what was explained to be Building Trades constitutional reasons.

But delegates attending the conference and the follow-up convention expressed satisfaction with the progress made over the three days.

“This should have happened twenty years ago,” commented Delegate Darren Hogue, a Business Agent with Teamsters Local 879.

Karen Pullen, an International Brotherhood of Electrical Workers (IBEW) Local 353 Executive who sat on the Building Trades Working Committee that helped pull the women’s conference together, said: “For a long time people have been talking about what we need to do and there has been no implementation.  At some point someone has to take the bull by the horns and now is the time.”

Building Trades Business Manager Patrick Dillon worked to bring together the working group and made initial remarks to the women’s conference, noting women represented only 4% of the Workers in the Building Trades: “You can see the support in this room.  The men were pleased and wanted to be welcoming to the women.  We need to get that into the hiring halls and the entranceway to Apprenticeships.  It will pay big dividends in the construction industry in the future.”

The day-long women’s conference was held with no male participants in the room.

Following the presentations, event facilitator Susan Crossman urged the delegates to discuss problems they encounter in the workplace on a table by table basis, potential plans of action were solicited, surveys of workplace problems were filled in - and finally priority recommendations were drawn up to be incorporated into the resolution that would be presented at the Building Trades Convention.

To Continue Reading This Labor News Report, Go To: https://canada.constructconnect.com/dcn/news/labour/2019/10/women-in-building-trades-ready-to-kick-open-doors