Did You Happen To See This Show Of Union Support? Chance The Rapper Advocates For Striking Chicago Teachers While Hosting 'Saturday Night Live' 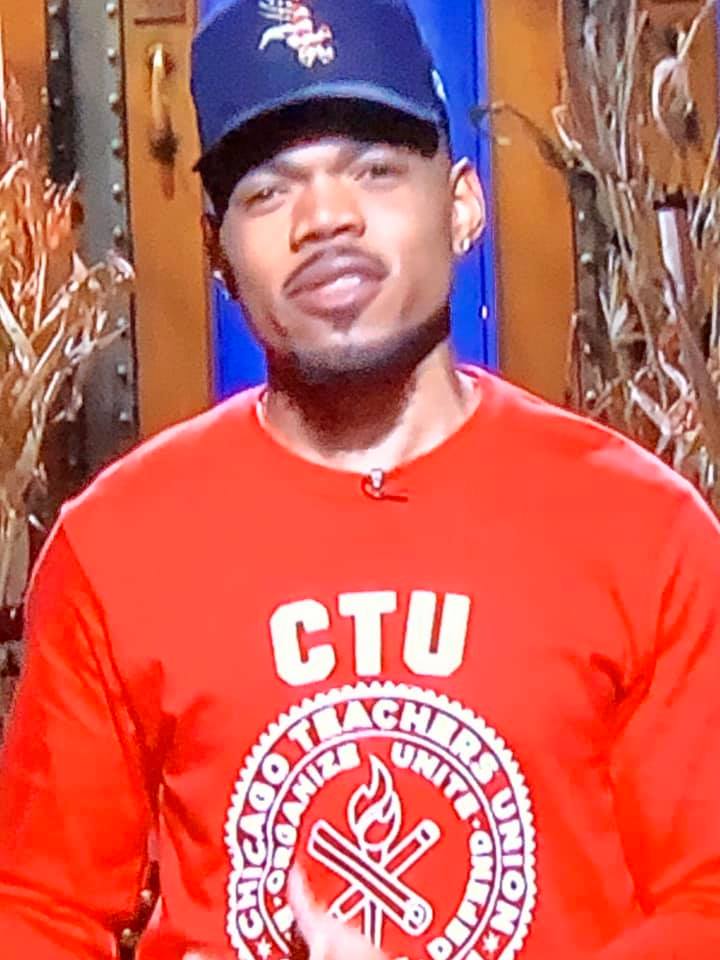 (NEW YORK CITY) - Chance the Rapper donned a red Chicago Teachers Union (CTU) sweatshirt while hosting Saturday Night Live in a show of support to the Teachers who are out on Strike.

Chicago Teachers have been on Strike since October 17th, demanding more Support Staff, higher raises and limits to class size.

Chicago Public Schools is the third biggest school district in the country.

"To the Teachers in Chicago, I know you guys are on Strike right now.  I fully support you," Chance said Saturday (October 26th), adding the joke: "I just wish that when I was in school my Teachers had gone on a Strike."

Chance, who is from Chicago, also rapped about the city's nickname "The Second City" and how he's a fan of all things in second place.

Michelle Gunderson, a Public School Teacher and Trustee for the CTU, tweeted during SNL that the Bargaining Team was working - but took a break to watch the rapper.

"Your Teachers thank you," Gunderson tweeted.

This isn't the first time Chance has shown support for Chicago educators.

In 2017, he donated $1 million to the city's public schools to support arts and enrichment programming.

To Directly Access This Labor News Story, Go To: www.cnn.com/2019/10/27/entertainment/snl-chance-the-rapper-teacher-strike-trnd/index.html