Taking It Back To The Streets: New York City Fast Food Workers Demand A Voice On The Job 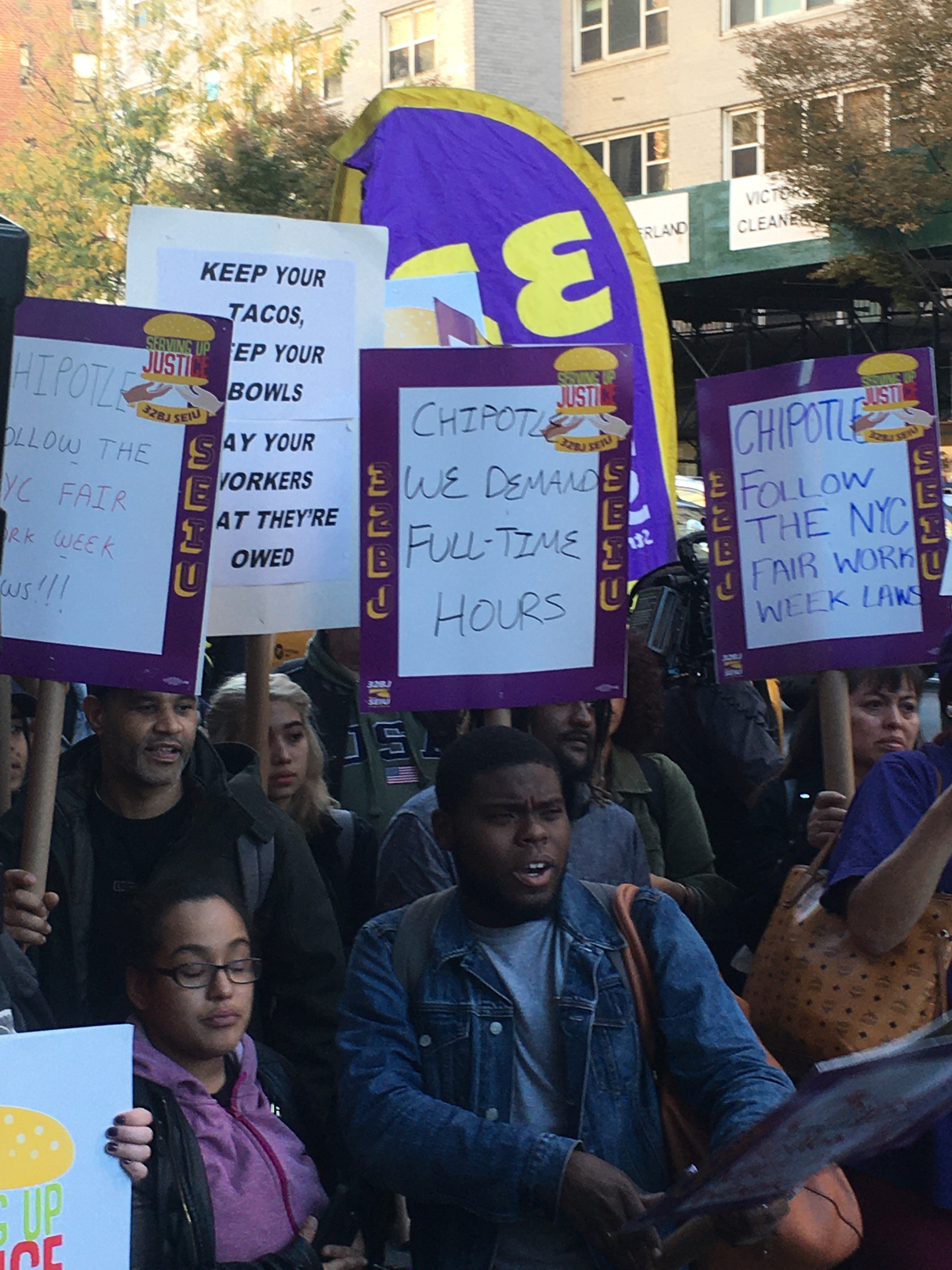 (NEW YORK CITY) - Last week, hundreds of Fast Food Workers and their allies in Organized Labor took to the streets of Manhattan in a rising tide of militancy that could, before it’s over, force McDonald’s, Dominos, Chipotle, et al to finally accept a Unionized Workforce.

New York City has already gone ahead and codified Fair Workweek Rules in response to capricious and chaotic scheduling practices that benefit the Fast Food Giants, but wreak havoc on the ability of Working Men and Women to take care of their own business at home.

Nevertheless, in addition to challenging the legality of those Fair Workweek Rules - Fast Food Workers say their grill bosses continue to flout the law.

Chipotle is nationwide chain that trumpets itself as “food with integrity,” yet here in New York City, it is facing more than a $1 million in fines for allegedly abusing Workers.

The Department of Consumer and Worker Protection (DCWP) is currently investigating nearly half of the 82 Chipotle outlets located citywide.

In light of all this, Fast Food Workers who rallied outside the Chipotle store on 6th Avenue and 13th Street in Greenwich Village, on Wednesday (October 23rd) declared: “We have to fight to get a voice within the company - without having our voice heard within the company, we aren’t anything.”

“Our managers and our bosses ‘will step all over us.’  ‘We have to show them we aren’t afraid,’” McDonald’s Worker Rosa Rivera said.

Manhattan Borough President Gale Brewer called Chipotle’s scheduling practices “indefensible.”  “We will not stand idly by while people try to violate the Fair Workweek Law or skirt it,” Brewer said. “It is particularly offensive to see a company like this one wrap themselves in a brand and motto of ‘food with integrity’ - they are not ‘food with integrity.’”

“A company’s ‘path to profitability should not be the abuse of their Workers.’  ‘I call on Chipotle, I call on McDonald’s, I call on all of these Fast Food Empires to stop their abusive tactics - give Workers a voice, give them justice on the job, pay them a fair wage, give them dignity and give them safe working conditions,” he said.

Fast Food Workers, Bragg declared, “come from all walks of life” and want “dignity and respect on the job.”

To Continue Reading This Labor News Story, Go To: http://laborpress.org/taking-it-back-to-the-streets-fast-food-workers-demand-a-voice-on-the-job/