Its A Solution In Search Of A Problem: AFGE Criticizes GOP Senators Introduction Of A Bill To Relocate Major Federal Agencies Outside Of D.C.  90% Of Positions In 10 Departments Would Be Moved To Economically Distressed Areas 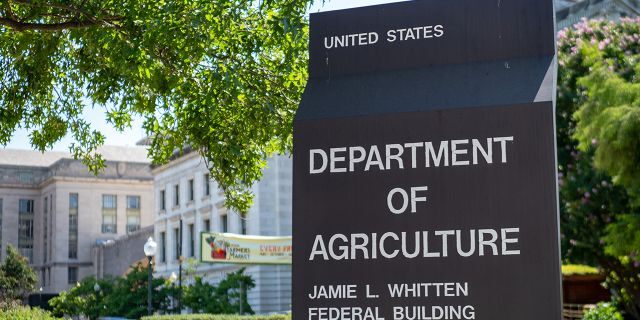 (WASHINGTON, D.C.) – Two Republican U.S. Senators introduced legislation this week that would require many large Federal Agencies to relocate from Washington, D.C., to areas throughout the country with struggling economies.

Senators Josh Hawley (Republican-Missouri) and Marsha Blackburn (Republican-Tennessee) introduced the Helping Infrastructure Restore the Economy Act (S. 2672), which would move 90% of the positions in 10 Cabinet-level departments out of D.C. - including the agencies’ headquarters and permanent duty stations.

The Bill would continue a trend of agencies moving some of their offices outside the Beltway, the Senators said.  The Agriculture Department is already relocating two research offices to Kansas City and the Interior Department’s Bureau of Land Management is moving about 250 Washington-based Employees out west, including 27 who will serve at the agency’s new headquarters in Grand Junction, Colorado.

“Every year Americans’ hard-earned tax dollars fund Federal Agencies that are mainly located in the D.C. bubble,” Hawley said in a press release. “That’s a big part of the problem with Washington: they’re too removed from the rest of America.  The HIRE Act will move policymakers directly into the communities they serve, creating thousands of jobs for local communities and saving taxpayers billions of dollars along the way.”

If passed, the Bill would require the heads of the Office of Management and Budget and General Services Administration to “determine whether the covered agency should be abolished or merged with another executive agency, rather than being relocated.”

If agencies are kept, then the relocation process must begin no more than two years after the 2020 Census, the Bill states.

The proposed legislation lays out the penalties for agencies that fail to comply with the relocation within 10 years, including funding cuts and suspending the agency head’s pay.

“Eighty-five percent of Federal Employees already live outside the Nation’s Capital - caring for Veterans, supporting our military, processing Social Security and other Federal Benefits, and carrying out other vital work serving citizens across the country.  It is neither cost-effective nor practical to relocate the headquarters of Federal Agencies away from Washington, where Congress is best equipped to hold political appointees and agency leaders accountable for their actions.  This proposed legislation is a solution in search of a problem.  Taxpayers would be better served by Congress ensuring Federal Agencies have the staffing and resources needed to carry out their vital missions.”

To Continue Reading This Labor News Report, Go To: www.govexec.com/management/2019/10/republican-senators-introduce-bill-relocate-major-federal-agencies-outside-dc/160850/

And For More, Go To: www.afge.org/publication/afge-statement-on-proposed-legislation-to-relocate-federal-headquarters-outside-d.c/?fbclid=IwAR06TMqVH6wf8yfXvyhmlszjeLD99AqT6W5YopdYO2pACHlPaFr8xATM9yg#.XbGsIm-YTCw.facebook