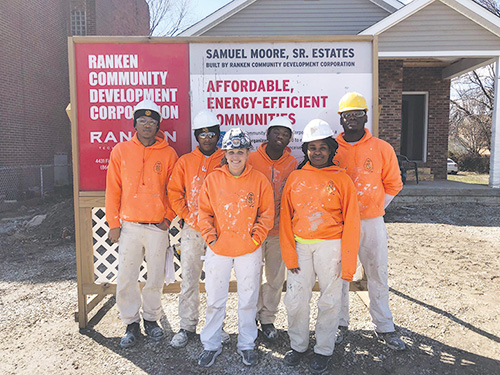 (ALTON, ILLINOIS) - Candice Rejmenczak, the President of Painters Local 471 in Alton, Illinois, is the first woman to win the International Union of Painters and Allied Trades (IUPAT) Job Corps Instructor of the Year Award.

Rejmenczak (pictured below), who was honored with the award at the 32nd Annual IUPAT Convention in Las Vegas, also received an award in recognition of her outstanding performance as a Pre-Apprenticeship Instructor for the IUPAT Job Corps Program. 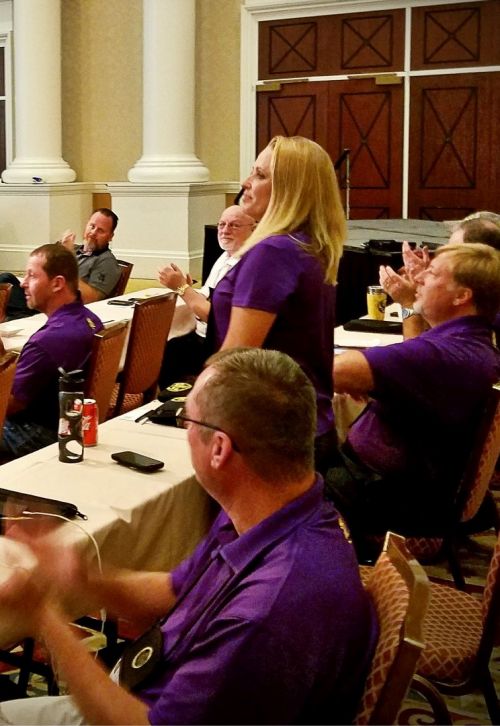 “I was both surprised and honored to be recognized with the awards,” Rejmenczak said.

The IUPAT has been involved in Job Corps since 1969 and is one of five Building Trades Unions offering training programs through the organization.  It was created to give at-risk and underprivileged youth academic and vocational training that would prepare them for the job market and end the cycle of poverty.

Rejmenczak, a 10-year Member of Local 471, has been a St. Louis Job Corps Instructor for two-and-a-half years.  The program takes one year for students to complete and consists of on-the-job training, social skills development and general education.

Painters District Council 58 Business Agent Joe Mueller said he has visited Rejmenczak at the Job Corps program and watched her interaction with the students: “Candice wears many hats and works crazy hours.  She is an amazing woman and demonstrates it every day as she advocates for women and minorities to break through the barriers in the construction industry, and she is always active in volunteering.”

Just some of the groups Rejmenczak has volunteered with include Habitat for Humanity, Bucket Brigade, Painters and Allied Trades for Children’s Hope and local Women’s Shelters and food pantries.

Rejmenczak also is politically active to ensure that politicians advocate for women and minorities.

Rejmenczak, a mother of four of children, grew up in a Union Household with her father working as a Carpenter.

Seeing the benefits a Union Job created for her family, she also chose a Union Career and encourages women and minorities to do the same.

“All you need to do is work hard, keep your head up and show others that you belong, because you do,” she said.

To Directly Access This Labor News Story, Go To: https://labortribune.com/painters-471-president-first-woman-to-receive-iupat-job-corps-instructor-of-the-year-award/?fbclid=IwAR32V_ewVOj8cT0dKMS3O8O-HqvG3D616REfGu8m5HvsgpmOv6-nY9V37jk