The UAW Reaches Another Tentative Contract Agreement, This One Involving Striking Janitors At Five Company Sites 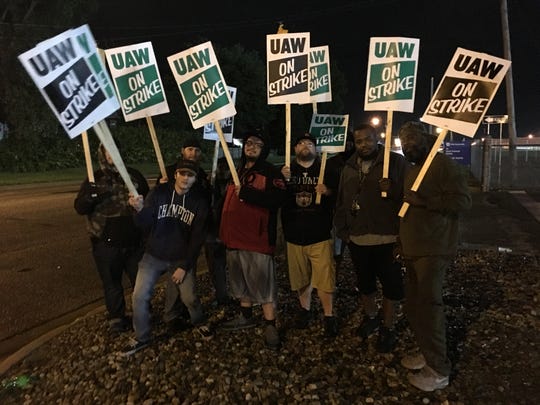 (DETROIT, MICHIGAN) - Janitors who have been on Strike alongside United Auto Workers (UAW)-represented Workers at General Motors (GM) sites have reached a Tentative Agreement with Aramark, according to a source.

Details were not immediately available.  Aramark employs the Maintenance Workers and contracts for work at the GM locations. The 850 Janitors had been working on a contract extension since March 2018 before they launched a Strike on September 15th, a day before GM Auto Workers went out.

Both groups are represented by the UAW and it was seen as critical by Union Members that both reach agreement around the same time.

The UAW reached a proposed tentative agreement with GM on Wednesday (October 16th) and members of the UAW National GM Council on Thursday (October 17th) decided to recommend Members ratify the agreement.

The Janitors are on Strike at Flint Assembly, Flint Engine Operations, the Flint Metal Center, the Metal Center Parma in Ohio and the Technical Center in Warren.

The Detroit Free Press has previously reported the Janitors, who also do maintenance work, are paid $11 to $15.18 per hour.

The Workers have described some of the work they do as dangerous, using extremely high-pressure water to clean equipment in the paint shop, for example.

To Directly Access This Labor News Story, Go To: www.freep.com/story/money/cars/general-motors/2019/10/17/gm-strike-uaw-janitors/4012395002/?fbclid=IwAR0o8WtksJj6ektOR2oYOImzqOoR2cJzHuEqBgjNzvLEHJWJ-xx0TzaJ4LM