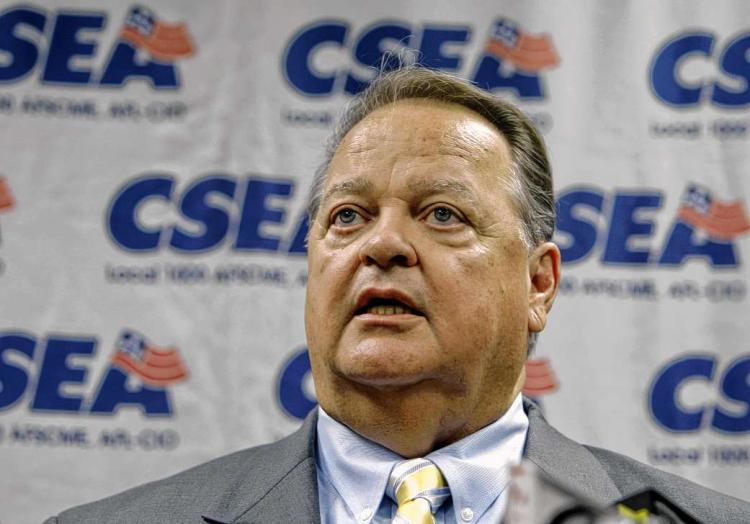 In the years Danny Donohue has lead the Civil Service Employees Association (CSEA), the Labor Movement around the country has faltered and Membership has declined – but not so in New York, which remains the highest Unionized State in the United States.

"The real trick though is the fact across the country Labor Unions have been falling off, I believe because Labor Unions got lazy.  They need a good swift kick to go out and do what they did in the fifties and thirties.  Go and organize, go talk to their Members, go find out what the Members want," said Donohue, the longest-sitting President in CSEA History.

Donohue announced this Summer he will not seek re-election to the Labor Union he's led for the past 25 years.

His time in office included fights with both Republicans and Democrats.

One of the most high-profile disputes was with Governor Andrew Cuomo amid a debate over less generous Retirement Benefits for new State Workers.

At the time, Donohue called Cuomo “a moron and a monkey,” but things changed last year, when a landmark Supreme Court case made it easier for Government Workers to not pay Union Dues.

Cuomo backed efforts to soften the blow and his relationship with CSEA improved.

"The Governor had to make a choice.  Does he believe the rhetoric we are the enemy?  Or does he believe we can work together?  He stood up for us," Donohue said.

And Donohue says he hopes his successor will listen to the Union's Members and reflect their concerns.

For More, Listen To The New York State AFL-CIO’s Podcast With Donohue, Go To: https://nysaflcio.org/news/union-strong-podcast-episode-21-csea-president-danny-donohue-retires

To Directly Access The Spectrum News Story On Donohue, Go To: https://spectrumlocalnews.com/nys/central-ny/news/2019/08/30/csea-president-reflects-on-legacy--looks-ahead-after-exiting-office