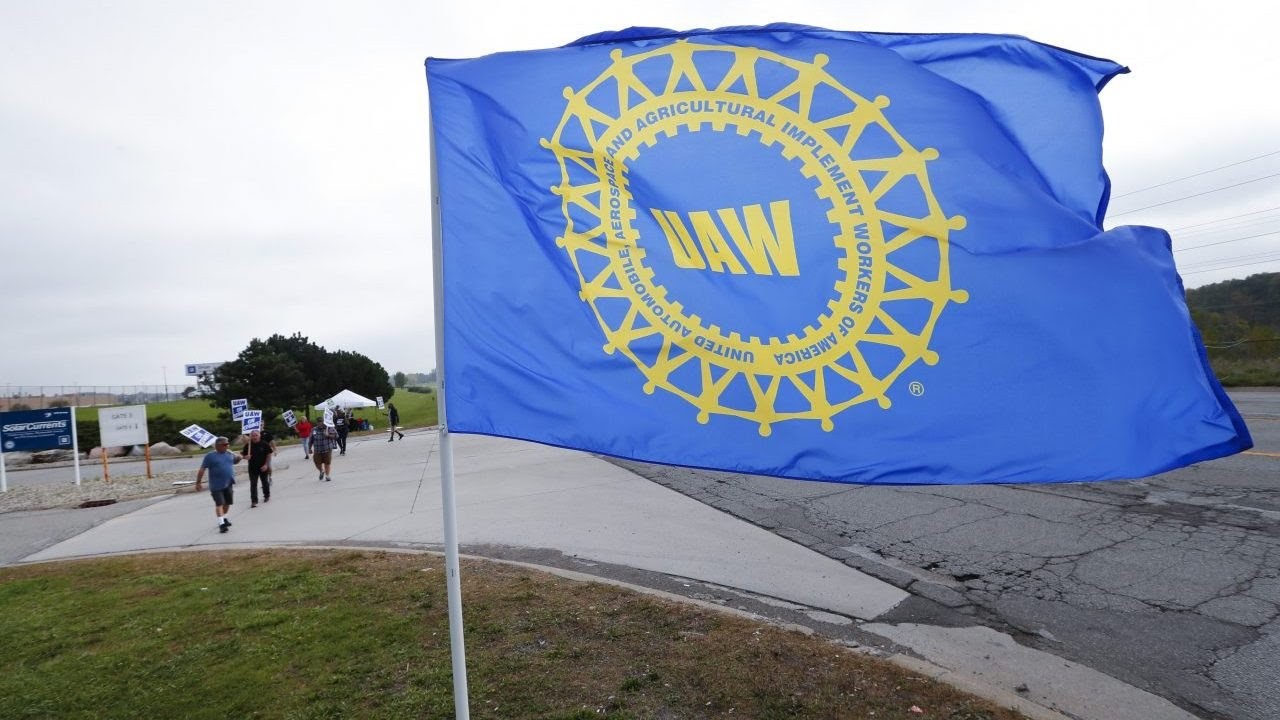 In a rare step, a Council of Union-Hall Leaders meeting in Detroit voted to extend the walkout, in its 32nd day as of Thursday (October 17th).

The vote came after negotiators reached a Tentative Agreement with GM Wednesday (October 16th) for more than 46,000 UAW-represented Workers at the company’s U.S. facilities.

Typically, when bargainers reach a deal, UAW Leaders call off the strike.

The Union’s last contract with GM expired in mid-September, which left Members without a Labor Agreement to work under if they had returned to work.

GM’s Hourly Workers must still ratify the proposed four-year contract through a majority vote, a process that is expected to take a little over a week, lengthening a work stoppage that analysts estimate has so far cost the company $2 billion or more in lost earnings.

UAW Members at dozens of GM plants, Parts Warehouses and Distribution Centers across the country will start voting on the proposed contract Saturday (October 19th).

The Strike - one of America’s largest private-sector walkouts in years - has caused parts shortages at dealer repair shops, stifled the auto-parts supply chain and led to temporary layoffs for more than 10,000 non-UAW Factory Workers at GM in the U.S., Mexico and Canada.

The decision to lengthen the walkout comes even as the UAW scored several wins on wages, health care and Temporary Workers in the new labor accord, but GM will move forward with plans to close three idled U.S. factories, including a plant in Lordstown, Ohio, that Republican President Donald Trump and UAW Leaders had pressed the company to keep open.  GM intends to sell the Ohio factory to a startup electric-truck builder.

Ratification of the new contract isn’t guaranteed and Rank-and-File Members could vote down the first proposed agreement as Fiat Chrysler Automobiles NV Factory Workers did in 2015.

The agreement struck by Union and company bargainers will move newer Workers to the top wage in four years rather than the eight years now, provide wage increases and lump-sum bonuses of 3% to 4% in each year of the contract and give Temporary Workers full-time status after three years, according to details that have been made public.

“The number one priority of the National Negotiation Team has been to secure a strong and fair contract that our Members deserve,” Dittes said. “We are extremely grateful to the thousands of Americans who donated goods and helped our striking workers and their families.  As we await the Council’s decision, please know that the outpouring of community and national support will be etched in the memories of all of us at the UAW for years to come.”

To Read This Labor News Report In Its Entirety, Go To: www.wsj.com/articles/uaw-s-new-contract-with-gm-scores-wins-on-wages-health-care-and-temporary-workers-11571333412?fbclid=IwAR0NWj2NwFijm8MWQEDUXP7Qj8_07s4P9Pu7-19vRTCSZxG2xfqMPC7WZCc

And For More, Go To: https://uaw.org/uaw-national-negotiators-send-proposed-tentative-agreement-uaw-national-gm-council-approval/